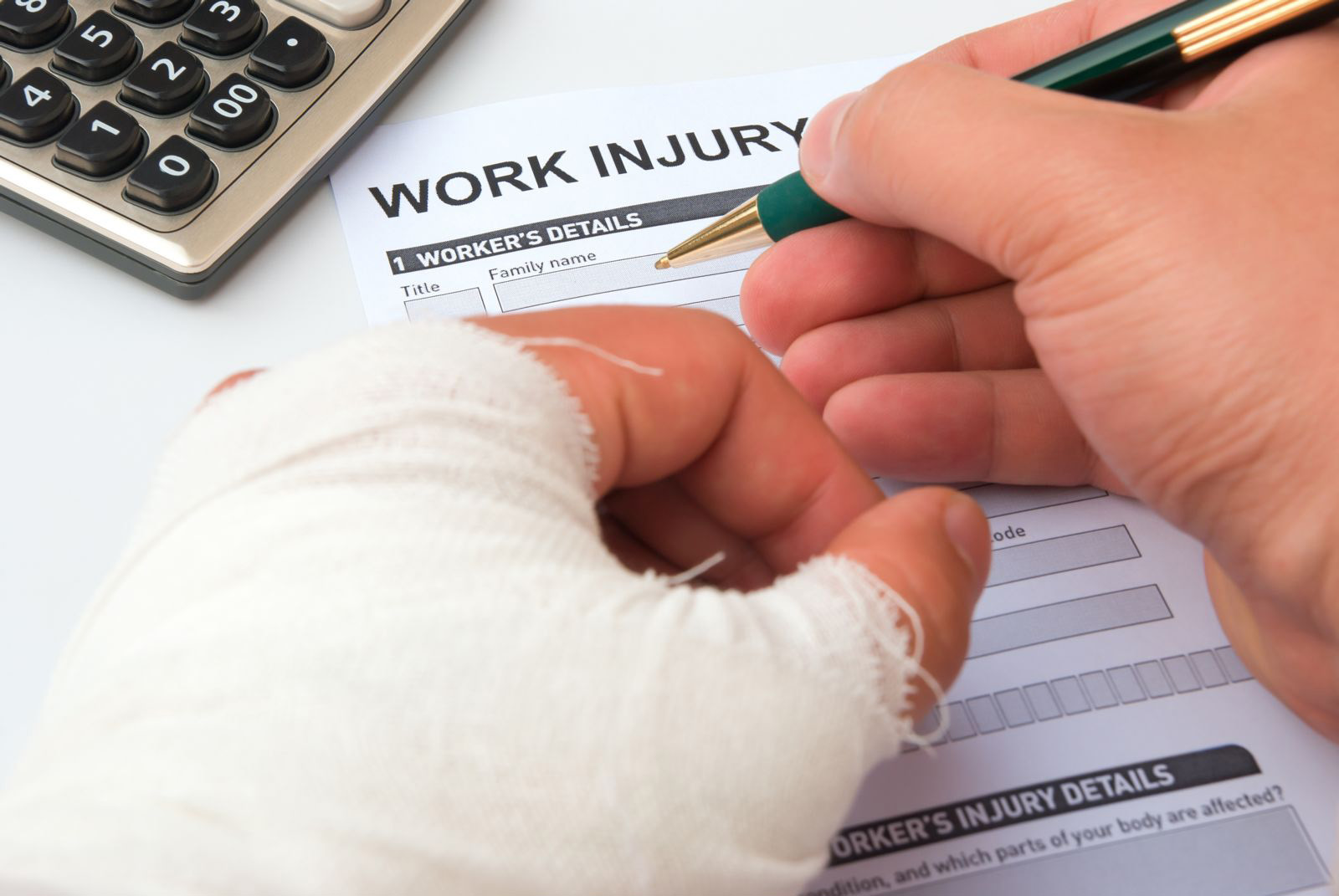 With the advent of the Industrial Revolution and the use of the enormous powers of steam and electricity, the dangers at workplaces increased manifold. There was a rapid increase in accidents causing bodily injuries and deaths. The economic loss caused by accidents caused widespread suffering among families. Accidents became one of the permanent causes of poverty, hunger and depreciation. They were not in a position to save any significant amount as wages were low, as they were workers. Any attempt by workers to obtain compensation for such damages from employers was, most of the time, defeated by employers’ reluctance and harsh disregard for human suffering. The compensation provisions for such loss under common law were completely unsatisfactory and not much beneficial to the workers.

In common law an injured workman or his dependants, in case of his death, could sue the employer in a civil court and claim damages from him. But in order that the courts could grant such damages, the claimant had to prove:-

With industrialization and mechanization accidents became more frequent and injury to life and limbs became common, protests were raised against the callous attitude of the employers and the movement for reforms in the Common Law started in India also.

As a result, the Workmen’s Compensation Act was passed in 1923. The Act provides for cheaper and quicker disposal of disputes relating to compensation through special Tribunals than possible under the Civil Law.

It was on the initiative and influence of the ILO that the first legislation of its kind towards social security in the country namely, workmen‘s Compensation Act, 1923 was enacted. As it was strongly felt after World War I that universal peace based on social justice was essential. In order to achieve this, the International Labour Organization (ILO) was formed in 1919. In the first session of ILO held at Washington in 1919, India also participated as an original member. The role of ILO since its inception has been very significant in creating international standards of social insurance and in promotion of social security.

The Workmen‘s Compensation Act 1923 followed the British Act in its main principles and in some of its details, but it contained a large number of provisions designed to meet the special conditions in India. Under this enactment the responsibility for payment of compensation rested with the employer, a system which led to certain hardship.

The very basic objective of this Act is to make provisions for payment of adequate compensation by employers to its employees against the hazards of employment to which an employee is exposed.  It extends to the whole of India including the (then State of Jammu and Kashmir, now it’s a Union Territory). gives compensation to the employees or their dependents in case of disability or death due to the nature of work during employment. This also includes any occupational disease or industrial accident that the employee may encounter arising out of or during the course of employment which leads to disability or death. Specifically, a worker is entitled to compensation in case of

Now let understand the meaning of “Employer” provided in Section 2(e) of the Employees Compensation Act, 1923:

According to section 2(d) of the Employees Compensation Act 1923, the word dependent includes the following relatives of a deceased person, such as:

(a) Temporary partial disablement and,

The distinction between the two types of partial disablement depends on the fact whether the disablement results in reduction of earning capacity in the particular employment in which he was engaged at the time of the accident or in all employment which the employee was capable of doing. In the former case the partial disablement is called temporary and in the latter case permanent. Every injury specified in Part Il of Schedule I of the Employees’ Compensation Act shall be deemed to result in permanent partial disablement.

In General Manager, G.I.P. Railway, Bombay v. Shankar , a railway employee working on a particular job, lost one eye and two teeth in a railway accident. He was declared unfit for that particular job by the Medical Officer due to defective vision. But he was offered another job by the railway administration. He turned down the offer and made a claim for compensation on the basis of total disablement. It was held that he was entitled to compensation not on the basis of total but partial disablement.

In Lipton (India) Ltd. v. Gokul Chandra Mondal,  In appeal the High Court of Calcutta confirmed the view taken by the Commissioner and observed that we are unable to accept the contention that unless there is complete loss of vision of one eye item 26 is not attracted. There is nothing in item 26 which excludes partial loss of vision. In welfare legislation if any particular provision is capable of two interpretations, the one that is more favourable to the persons for whose benefit the legislation has been made should be adopted. There can be no doubt that partial loss of vision of one eye comes within the purview of item 2.

Total disablement is of two types-:

In V. Jayaraj v. T. P. Transport Corpn. Ltd. , A conductor working in State owned Transport Corporation lost his hearing capacity due to shock received by him in an accident in the bus in which he was working. He claimed compensation under item 6 in Part I of Schedule I of the Act. The Commissioner fixed the loss of earning capacity at 20% even though the medical certificate showed that there is l00% hearing loss on the right ear and 73.5% hearing loss on the left ear. Hence the appeal was filed under Section 30 of the Act.

It was held that “the loss of earning capacity has to be calculated in terms of permanent partial disability. which the workman has been subjected to. The fact that the workman is continued in the employment and gets old wages will not absolve the employer from paying the compensation. It was observed that fixing the loss of earning capacity at 20% by the commissioner cannot be upheld.

In the K. Janardhan v. United Insurance Company Ltd.,  the appellant tank driver met with an accident and was severely injured. His right leg was amputated up-to knee joint. The Commissioner held it to be 100% disability and awarded compensation. On appeal based on the opinion of the doctor, the High Court held it to be 65% disability. Relying upon the ratio laid down in the judgement of Pratap Narain Singh Deo v. Shrinivas Sabata and another , the Apex Court held the appellant had suffered 100% disability and he was not in a position to work as a driver.

Section 3 of the Act lays down certain requisites to make an employer liable for compensation. Firstly, the employee in all probability must have sustained a personal injury. Personal injury not only refers to bodily injury but also takes into consideration psychological injury or abnormal mental conditions. Personal injury was held to be far more than physical injury.

It is also important to note here that an employer can also be held liable in cases of diseases arising out of occupation. And there are certain occupational diseases which are specified in Schedule III of the EC Act and these diseases are also linked to the nature of employment-

The burden of proving intentional disobedience on the part of the worker shall lie upon the leader:-

In Oriental Fire and General Insurance CO. Limited vs. Sunderbai Ramji, the scope of term arising out of employment was determined by Gujarat High Court. In this case the labourer was performing hard labour which involved physical exertion. One day labourer after performing his duty for 3 hours felt a pain in chest and fainted on the spot. Later on, when taken to hospital he was declared dead. Then on observing the case keenly the commissioner found out that it was his duty which caused him physical discomfort and pain due to which he died and hence he declared that laborer died due to the nature of his job.

Furthermore the High Court of Gujarat upheld the decision of the commissioner that the injury was caused under the subhead of arising out of employment as specified in section 3(1) of the Act. It is a personal injury that led to his death and has direct nexus with employment.

The relationship between an employer and employee can be considered as that of a master and servant.  The rule of vicarious liability seems to apply as far as provisions regarding compensation are concerned.  This workmen compensation act was enacted for the employees to give them their financial security in case of an accident that caused a considerable loss. The act ensures that the employee’s right is protected even after he is disabled or injured in an accident that happens at their workplace. Thus, making it the employer’s duty to ensure the employee’s safety and security and make the employer liable to pay compensation to its workers who encountered injury or died during employment.