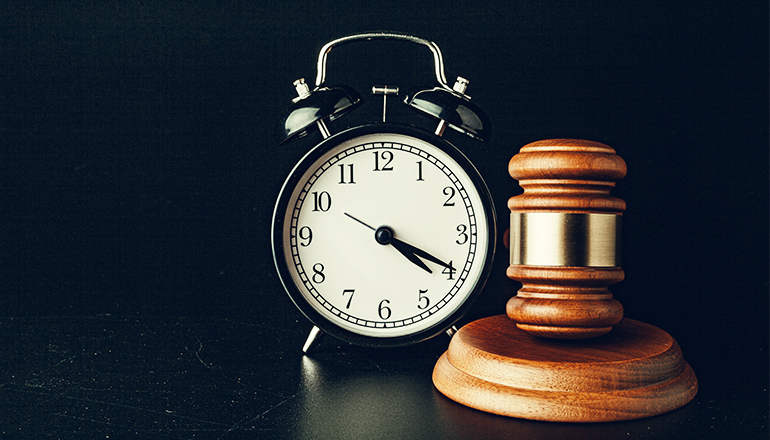 Every citizen has certain rights and duties that he/she enjoys while living in a state. Legal duties being one of the most important duties to adhere to. The doctrine of laches is a maxim that helps those who are aware of their legal right, aiming to deny access to those who are negligent in filing a case in due time. It helps put a stop to the unreasonable delay in filing cases by applicants.

A defense used by the defendant; this maxim aids the defendant from not providing an equitable relief to a non-vigilant applicant. The doctrine helps put in perspective cases of torts, property, where time is of the essence. It has a thin line of difference from the Act of Limitation.

Meaning Of The Doctrine

The traditional meaning of the word laches is the negligence to follow one’s legal duty. It is derived from the Latin word ‘laxare’ which means to lose. In legal sense, laches means failure to assert or observe one’s legal right or privilege.

A party is said to be guilty of laches when they come to the Court to assert their rights after a considerable delay in that respect.

Elements of the doctrine of laches

Some elements must be satisfied to consider this doctrine to bar the petitioner from the cause of action:

Example Of Doctrine Of Laches

In this case, by applying the doctrine of laches it will be said that B has taken an exuberant amount of time to file a case even though he was well aware of the property matters and decided to not take any action. Thus, he has slept over his rights and for this reason, the defendant can take help of the doctrine of laches.

The court stated that Anjali spent too much time filing a suit. It will be difficult for the judge to entertain this case. He may dismiss her claim because of this doctrine.

Historical Development Of This Doctrine

The traces of this doctrine are also found in US courts way back in the 1860s in cases like Stone Vs Williams, where it was held that “courts, parties, and witnesses ought to be relieved of the burden of trying stale claims when a plaintiff has slept on his rights“.

And in the case of Indian Courts, one of the first cases to mention the dismissal of the petition in relation to a delay was Tilokchand Motichand Vs H.B. Munshi. The judgment delivered by M. Hidayatullah, C.J. held that

“the aggrieved party should move the court at the earliest and explain satisfactorily the reason for delay and that courts need to take discretion from case to case“.

The Court rejected their contentions stating that there were no valid reasons for justifying the delay of eleven years and therefore their petitions were dismissed.

And only the circumstances of the case would be taken into account to hold anyone guilty of laches without specifying any period of limitation.

Critical Analysis Of Doctrine Of Laches

By now it’s a well established fact that the emergence of the Doctrine Of Laches has kept the aggrieved parties on their toes when they demand justice because they are aware that being indolent towards their rights can cause them to lose their right to seek remedy forever.

The development of this doctrine over the years has nevertheless paved the way for a mechanism that has rewarded people who are vigilant with regard to their rights while penalising those who cause an unwarranted delay.

However, it remains that most of the population in India is still unaware of their rights and responsibilities with regard to the delay that occurs to assert their rights.

The courts over the years have developed certain guidelines to determine whether the delay can be condoned or not. These principles apply to both Limitations and Laches and have been reiterated in various cases which include Collector land acquisition v. Mst. Khatiji and ors 1987, where the court stated:

The Doctrine of Laches with regard to fundamental rights garners more importance because these rights guaranteed by the Constitution are basic and inalienable. Thus, it’s safe to say that the Doctrine of Laches is a watchdog of justice in a legal system, which ensures that only the right cases are addressed, and any malice or unrequired delay is properly dealt with due reprimand.

In my opinion, the doctrine of laches is an essential doctrine of constitutional law that plays a major aspect in various cases of law, be it a tort, writs, property, etc. The doctrine of laches helps protect the defendants from always being the one being in the wrong, by giving them a chance to prove that it can equally be the plaintiff’s fault while carrying out the suit.