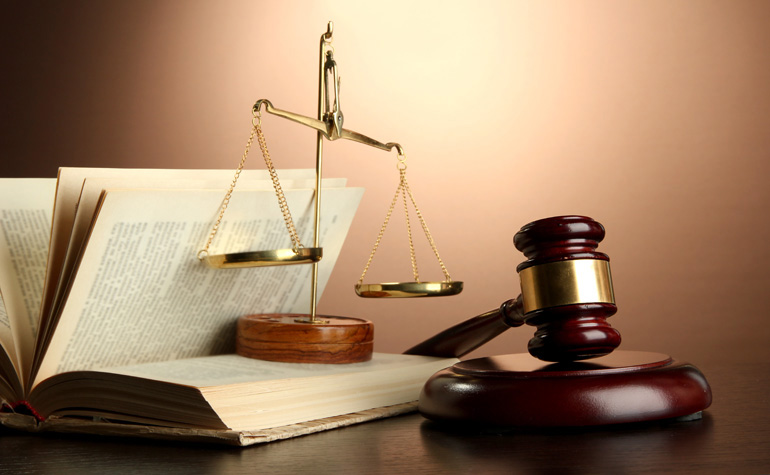 What is an Aid to interpretation of statutes?

There are two types of aids to interpretation:

Title of the statute

There are basically two types of title-

The short title of the Act is only its name which is given solely for the purpose of reference and identification. Short title is mentioned under Section 1 of the Acts and ends with the year of passing of the Act.

Example– Section 1 of CPC says, ‘This Act may be cited as Code of Civil Procedure, 1908.

The long title is mentioned under certain acts whose purpose is to give a general description about the object of the act. However, it is not considered as a conclusive aid to interpretation of statutes as it doesn’t resolve ambiguity arising in words or expression under statutory provision but only provides a general idea of the act.

Example– The long title of CrPC says, An act to consolidate and amend the laws relating to the criminal procedure.

Preamble is a tool for internal aid to interpretation as it contains the main objects and reasons of the Act. The rule of interpretation of preamble is that when a language of an enactment is clear and unambiguous, the preamble has no part to play but if more than one interpretation is possible, a help can be taken from the preamble to ascertain the true meaning of the provision.

State of West Bengal v. Anwar Ali, in this  case the constitutionality of Section 5 of the West Bengal special courts act, 1950 was challenged on the grounds of violative of Article 14 of the constitution as the provision in the act authorize state government to select a particular case which deserved to be tried by special courts having special procedure. The Supreme Court took help of the preamble of the said Act and held that state government has discretion to choose such cases.

Marginal notes are inserted at the side of the sections in an act which express the effect of the section but they are not part of statute.

They are also known as Side notes and are inserted by drafters and not legislators.

The rule of interpretation is that in olden times a help is used to be taken from marginal notes when the clear meaning of the provision is in doubt but as per modern view of the court, marginal notes doesn’t have any role to play because either they are inserted by legislators nor does they form the part of the statute.

However, for interpreting the constitution many times marginal notes are referred because they are made by constituent assembly.

In Bengal Immunity Company v. State of Bihar, the Supreme Court held that the marginal notes of Article 286 is the part of the Constitution of India which talks about Restrictions as to imposition of the tax on the sale or purchase of goods therefore, it could be relied on to furnish a clue to the purpose and meaning of the article.

The rule of interpretation is that the heading can’t control the plain words of the provision but if after the plain reading of the section more than one meaning is possible, only then the court may seek guidance from the headings.

In the case of Tolley v. Giddings, the interpretation of section 217 of the Road Traffic Act was in question, which provided that a person could be held liable of an offence if he allowed himself to be driven away in a motor vehicle without the consent of its master. The heading of the provision is Miscellaneous and general’ and the sub heading is Penalization of taking motor vehicles without authority’.

“The court held that headings to the section clearly explain the intention of the legislature and thus the passenger would be held liable for an offence.”

The meaning of such words shall be interpreted so as to make sure that it is speaking about the particular statute because words bear different meanings in different contexts.

In Motipur zamindary company private limited v. State of Bihar, the question was whether sales tax can be levied on Sugarcane.

It shall compromise all such debates which had taken place in the parliament at the time of formation of Constitution of India.

In case of inconsistency or repugnancy in the Constitution the court can clearly refer to such debates.

Indra Sawhney v. Union of India, the interpretation of the expression ‘backward class of citizen‘ used in Article 16(4) was in question before the court. The SC under this case referred to the speech given by B.R. Ambedkar to understand the context, background and object behind its use of the given expression.

It is referred to as debates or speeches which are made in the course of passing a bill in the parliament by the parliamentarians to put forth their view. It is not considered as a conclusive aid to interpretation and is therefore, not admissible because many times speeches are influenced by the political pressure or maybe incorrect to rely upon.

Before the framing of the Bill, usually the matter is referred to a committee to consider it in detail and give its report thereon.

These reports of the commissions and committee have been referred to as evidence of historical facts or of surrounding circumstances and used for interpreting the Act. When there is an ambiguity in the meaning of a provision and the act was passed on the recommendation of a committee report, aid can be taken from that report to interpret the provision.

Example: The criminal amendment act was based on the recommendation by J.S. Verma Committee Report such report can be referred in case of any ambiguity in amendment.

Judges may refer to foreign laws and decision if the jurisprudence of both the countries is same, similarity in political system and ideology, when there is no domestic law on point and if the Indian court believes that decision passed by the foreign court is not arbitrary. However, the foreign courts or decisions have only persuasive value as the courts in India are not bound by the foreign courts.

Example: In the Right to Privacy case, judges refer to foreign judgements.