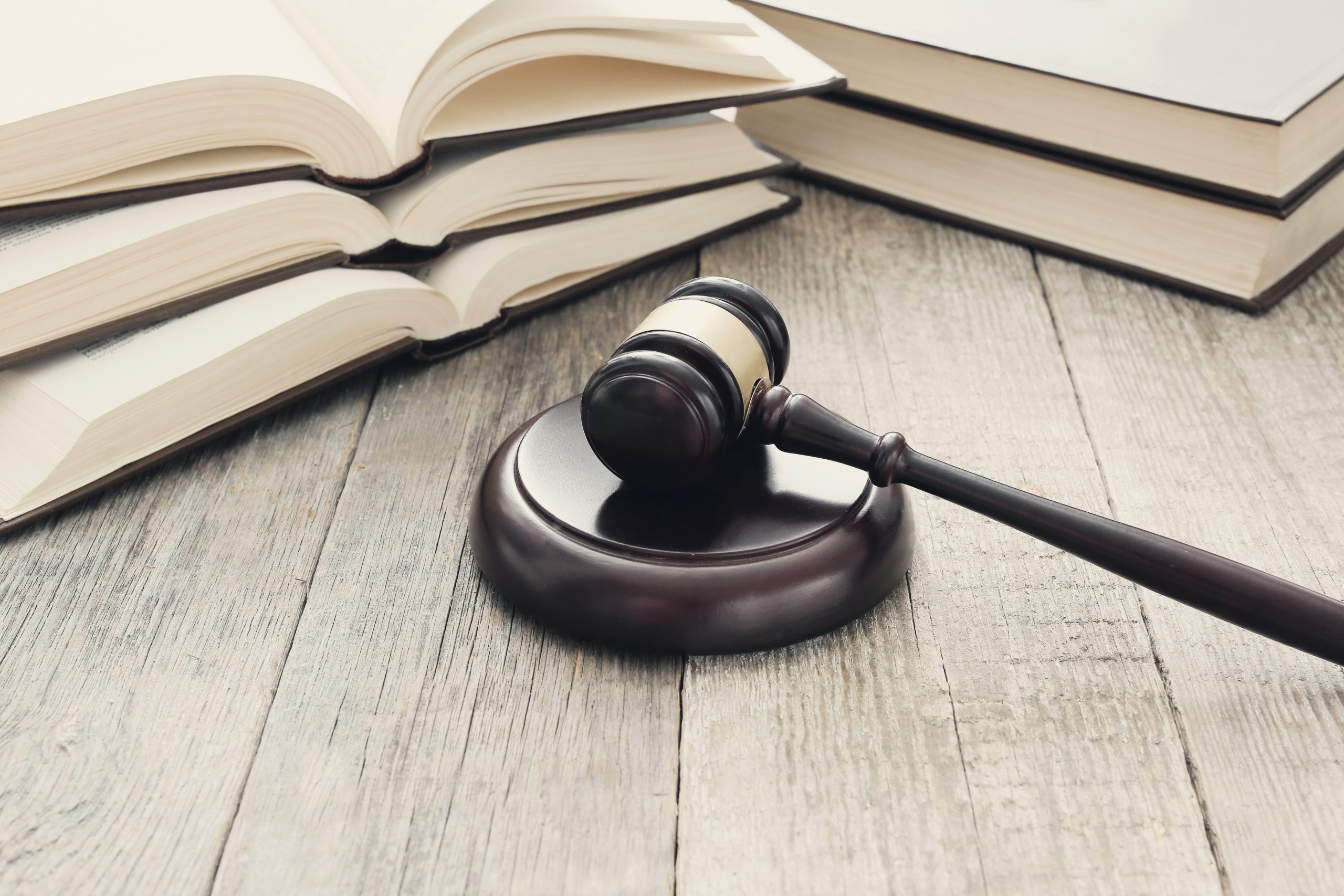 The Allahabad High Court has also held the importance of contempt of court in the case of Ram Surat Singh vs Sheo Kumar Pandey, that “the purpose of the proceedings in Contempt Of Court is to keep the stream of justice unsullied and to maintain the confidence of the public at large in the fair and impartial administration of justice.”

It may appear harsh, summary, arbitrary, penal and evil but still it is necessary for affording protection to all-judges, parties and witnesses and the public. The Supreme Court has held in a large number of cases that any act done or writing published which is calculated to bring a court or judge into contempt or to lower his authority or to interfere with the due course of justice or the lawful process of the courts, is a contempt of court. The Law of contempt stems from the right of the courts to punish by imprisonment or fines to persons guilty of words or acts which either obstructs or tends to obstruct the administration of justice.

History Of Contempt Of Court In India

The Indian law of contempt of court was modeled on the pattern of English concept. The English decisions, subject to the statutory provisions of the Indian Law, formed the basis for the decisions of the Indian Courts. It may be recalled here that the English law is not codified law but is governed by the principles evolved at Common Law. Independence of India and its Constitution, by its very nature, have brought about ideological changes resulting in the form of Government adopted here.

The first statutory law on contempt of court after Independence was the Contempt of Courts Act, 1952, which repealed the previous Act of 1926. The Statement of Object and Reasons thereof was that “The Constitution recognises the powers of the High Courts to punish for contempt of courts but there is no specific provision of law which enables the

Before 1926, the law of contempt in India followed the corresponding English Law which regulated superior Courts of Record. The High Courts which were Courts of Record often adopted English legal principles of contempt of courts. The Contempt of Courts Act, 1926, gave power to the High Courts to punish for contempt of courts subordinate to them. As this Act lacked extra-territorial jurisdiction so it was replaced by Contempt of Courts Act, 1952.

The enactment of the Contempt of Courts Act, 1952, was a necessity due toConstitutional changes in the country. After the enforcement of the Constitution, the law of contempt was required to be consistent with constitutional provisions. In the State of U.P. vs. Ratan Shukla, Allahabad High Court had observed as follows:

However, the Contempt of Courts Act, 1952, was found to be inadequate and vague for want of statutory definitions of several aspects of the law. So, it was realised that a penal law like the Contempt of Courts should be more precise and definite in its implications particularly in view of the fundamental right guaranteed under Article 19(1) (a) of the Constitution.

Hence, it may be concluded that the law of contempt has to be construed in relation to and consistently with the provisions of the Constitution from which it derives authority. Our Constitution has provided to a ‘certain extent the freedom of speech and expression in Houses of Parliament and State Legislatures and has conferred immunity in respect thereof under Articles 105, 194 and 211, and also in some other provisions of the Constitution. These rights are to be reconciled with the provisions laid down under the Contempt of Courts Act, 1971, as both these provisions are in the public interest.

Meaning & Definition Of Contempt Of Court

The terms, “Contempt of Court” have neither been defined in the Constitution nor in other statute, but there have been judicial interpretation of the same in many cases by the Superior Courts of the country.

The courts have, off and on, tried to define it in its ways. In K. Shamrao v. Assistant Charity Commissioner, the Supreme Court has held that in order to constitute a court, “an essential condition is that the court should have, apart from having some trappings of a judicial tribunal, the power to give a decision or a definite judgment which has finality and authoritativeness which are essential tests of a judicial pronouncement. The Assistant Charity Commissioner appointed under the Bombay Public Trust Act has been held to be a court for the purposes of the Contempt of Courts Act.”

In Dhrubdeo Tewari v. Thakolal Ganguly, it has been held that to speak generally, “Contempt of Court”, may be said to be constituted by any conduct that tends to bring the authority and the administration of the laws into disrespect or disregard, or to interference with or prejudice parties, litigants, their witnesses during the litigation.

Categories Of Contempt Of Court

Clause (a) of Section 2 of Contempts of Courts Act 1971, defines that “Contempt of Court” means Civil or Criminal contempt.  “Civil Contempt”.-Clause (b) of Section 2 defines that “civil contempt” means wilful disobedience to any judgment, decree, direction, order, writ or other process of a Court or wilful breach of an undertaking given to a Court.

Civil contempt is basically a wrong to the person who is entitled to the benefit of a court order. Civil contempt is a wrong for which the law awards reparation to the injured party, though nominally a Contempt of Court. It is in fact a wrong of private nature as between subject and the King is not a party to the proceedings to punish it. The punishment is a form of execution for enforcing the right of a suitor.

In Vidya Sagar v. Third Additional Distt. Judge, Dehradun, it has been held “that the purpose of the proceedings for the civil contempt is not only to punish the contemnor but also to exercise enforcement and obedience to the order of the court”.

process of a court, or an undertaking given to a court.

(2) the judgment etc., must be of and undertaking must be given to a court.

(3) There must be a disobedience to such judgment etc. or breach of such undertaking.

(4) The disobedience or breach, as the case may be, must be wilful.

Meaning of Judgment, Decree, Direction, Order, Writ or Other Process of a Court within Civil Contempt Judgment.—The term “Judgment” has not been defined anywhere in the Contempt of Courts Act, 1971. But it has been defined under Section 2 (9) of the Code of Civil Procedure as follows: “Judgment” means the statement given by the judge on the grounds of a decree or order.

It means that judgment consists of the reasons for arriving at a decision of the case.

Decree – The term, “decree” has also not been defined anywhere under the Contempt of Courts Act, 1971. Section 2 (2) of the Civil Procedure Code, defines”decree” in the following words:

“Decree” means the formal expression of an adjudication which, so far as regards the court expressing it, conclusively determines the rights of the parties with regard to all or any of the matters in controversy in the suit and may be either preliminary or final. It  shall be deemed to include the rejection of a plaint and determination of any question within Section 144, but shall not include:

Order and Direction– “Order” and “Direction” have also not been defined under Contempt of Courts Act, 1971. Section 2 (14) of the Civil Procedure Code has defined “Order” in the following terms:

“Order” means the formal expression of any decision of a civil court which is not a decree.” The term “Direction” has not been defined by the Civil Procedure Code. But under Article 226 of the Constitution, the High Courts have been conferred powers to issue, amongst other things, directions. But here also the term, “direction” has not been defined. But for the purpose of the Contempt of Courts Act, 1971, order and direction may be used interchangeably.

Those held in civil contempt generally must be given notice of the contempt sanctions and an opportunity to be heard, but usually are not guaranteed a jury trial. Also, their contempt does not need to be proven beyond a reasonable doubt. Civil Contempt sanctions can be more indefinite, lasting until either the underlying case is resolved or the party in contempt complies with the courts order.

Contempt of court can take place either “directly” or “indirectly.” Direct contempt happens in the presence of the court. For example, someone could commit direct contempt by yelling at the judge in a way that impedes the court’s ability to function and brings disrespect on the court.

Indirect contempt occurs outside the presence of the court. Examples include improperly communicating with jurors outside the court, refusing to turn over subpoenaed evidence and refusing to pay court ordered child support. Be aware that not all of these examples illustrate criminal contempt.

Sub-section (c) of section 2 of Contempt Of Court Act 1971, provide that “Criminal Contempt ” means the publication ( whether by words spoken or written or by science or by visible representation or otherwise ) of any matter or the doing of any other act whatsoever which:

Thus, contempt which is criminal in nature, consists in a conduct which offends the Majesty of law and undermines the dignity of the courts.

In Delhi Judicial Officers vs State Of Gujrat and ors, the Supreme Court has held that “the definition of contempt is wide enough to include any act of a person which would tend to interfere with the administration of justice or which would lower the authority of the court.”

According to Section 12, Criminal Contempt of court may be punished with simple imprisonment for a term which may extend to six months, or with fine which may extend to two thousand rupees,or with both. Provided that the accused may be discharged or the punishment awarded may be remitted on apology being made to the satisfaction of the court.

The contempt proceedings being quasi criminal in nature, burden and standard of proof is the same as required in criminal cases. The charges have to be framed as per the statutory rules framed for the purpose and proved beyond reasonable doubt keeping in mind that the alleged contemnor is entitled to the benefit of doubt. Law does not permit imposing any punishment in contempt proceedings on mere probabilities equally, the court cannot punish the alleged contemnor without any foundation merely on conjectures and surmises. As observed above, the contempt proceedings being quasi criminal in nature strict adherence to the procedure prescribed under the rules applicable in such proceedings.

In Bal Thackeray vs Harish Pimpalkhute &amp; Anr. AIR, 2005 SC 396, the Supreme Court held that in absence of the consent off the advocate general in respect of a criminal contempt filed by a party under Section 15 of the act, taking Suo Moto action for contempt without a prayer was not maintainable.

Contempt of court by a company

In case the person found guilty of contempt of court in respect of any undertaking given to a court is a company, the person who at that time, was in charge of, and was responsible to, the company for the conduct of business of the company shall be deemed to be guilty of the contempt and the punishment may be enforced, with the leave of the court, by the detention in civil prison of such person.

However, that person can be exempted from liability if such person proves that the contempt was committed without his knowledge or that he exercised all due diligence to prevent its commission.

Liability of Director, Manager, Secretary or other officer of the company