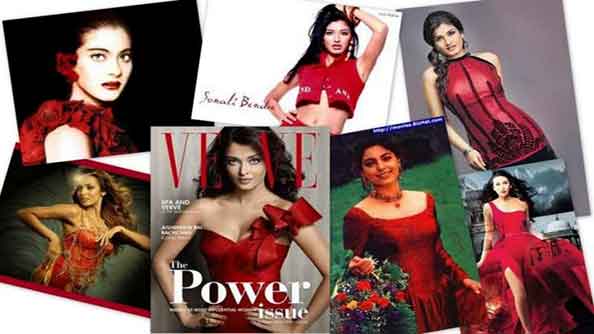 The law aimed to regulate the representation and portrayal of women in mainstream media, particularly in print media. It was brought into force to ensure that the portrayal of women in media by means of advertisements, writings, publications and illustrations was not such that could be termed “indecent”. Given the time-period it was enacted, the 1986 Act, which continues to be in force, focused primarily on print media and advertising.

Preamble of the Act

The act is aimed to prohibit and regulate the Representation of and portrayal of women in mainstream media, particularly in print media. This Act was enforced to ensure that the portrayal of women in media by the means of advertising, writings, publications, paintings and figures or in any other form is not such that it could be termed as indecent.

Salient Features Of the Act

This act may be called the Indecent Representation Of Women (Prohibition) Act 1986. The jurisdiction of this act extends to the whole of India including Jammu and Kashmir. This act came into force on October 2, 1987 by the appointment of the Central Government by the notification in the Official Gazette.

This section of the act particularly deals with prohibition of advertisement showcasing Indecency of a woman. It states that no person has a right to publish or intend to publish in future or make arrangements to take part in the publication or exhibition of any advertisement which may tend to lower down the reputation and dignity of women in the society or which is indecent according to the social standards.

This section of the act directly deals with restricting the production, distribution, hiring, selling, circulation of any books, pamphlets, paper, slide, films, writing, drawing, painting, photograph or figures which contain material that represent or tend to represent women Indecently or in an obscene manner.

However there are certain exceptions to this:

This section of the act grants the following powers to any Gazetted officer, authorised by the State Government for an area under his jurisdiction:

However, there are exceptions to this rule that:

This section of the act gives various legal penalties or punishments to any person who has breached the provisions of  section 3 and section 4 shall be punishable as following:

This section of the act deals with any offence which has been committed by a company, stating that every person who was in charge, at the time when the offence was committed shall be deemed to be guilty and liable and thus, punished accordingly.

However, there are certain exceptions which are as follows:

Under this section if it is proved that an offence which was committed by a company, was committed with the consent or connivance of any director, secretary, manager or any other officer of the company. then they shall be published accordingly.

This section of the act states that not taking into consideration anything contained in the Code Of Criminal Procedure 1973, an offence under this act shall be bailable and cognizable.

This section of the act justifies the actions or acts of the central government, state government or any gazetted officer under them which are done in good faith, and exempts them from legal suit, prosecution and other legal proceedings.

This section of the act has granted powers to the central government, by notification in the Official Gazette to make rules to carry out the provisions of this act. Some of the provisions are as follows:

The process of making Rules

Every rule that the central government has made under this act shall be presented before each house of the parliament, while it is in session for a period of 30 days, and if both the houses agree to make such modifications or decline it, such decisions will have effect on the act, however any such modifications or amendments shall be without any prejudice.

This is a relevant case which drew provisions from the Indian Penal Code, Indecent Representation of Women (Prohibition) Act etc. to challenge obscene content in newspapers. It also stated that the Press Council’s power to censure needs to be reviewed.

The petitioner’s grievance was that the freedom of speech and expression enjoyed by the newspaper industry was not in balance with the protection of children from harmful and disturbing materials while reading the newspaper which may corrupt their morality.

However the Court dismissed Goswami’s petition for failure “to establish the need and requirement to curtail the freedom of speech and expression” because the newspaper did not have any intention of catering to the prurient interest or harming minors also there are certain regulatory measures in place to ensure that no objectionable material gets published.

The decision came in light because a the petition opposing the beauty contests of women in general as they are unconstitutional because they offend Article 51 A (e), Article 21 and Article 14 of the Constitution of India and they are repugnant to international conventions and covenants and the resolutions of the United Nations and conferences on women.  They are opposed to the decency, public morality and dignity of women in general and women of Indian society in particular and repugnant to Indian culture, traditions, and the social values. These contests are intended to exploit women for commercial purposes and enrich the organizers at the cost of the indecent representation of women.

Ranjit D. Udeshi was one of the four partners of a firm that owned a book-stall. The partners were prosecuted under section 292 of the IPC for selling copies of an allegedly obscene book, Lady Chatterley’s Lover, by DH Lawrence. Udeshi argued that section 292 is violative of the rights to freedom of speech and expression under article 19(1)(a) of the Indian Constitution and that the book is not obscene if considered as a whole.

The Court examined the text of Lady Chatterley’s Lover and concluded that it was obscene under the Hicklin test. The appeal against conviction was thus dismissed.