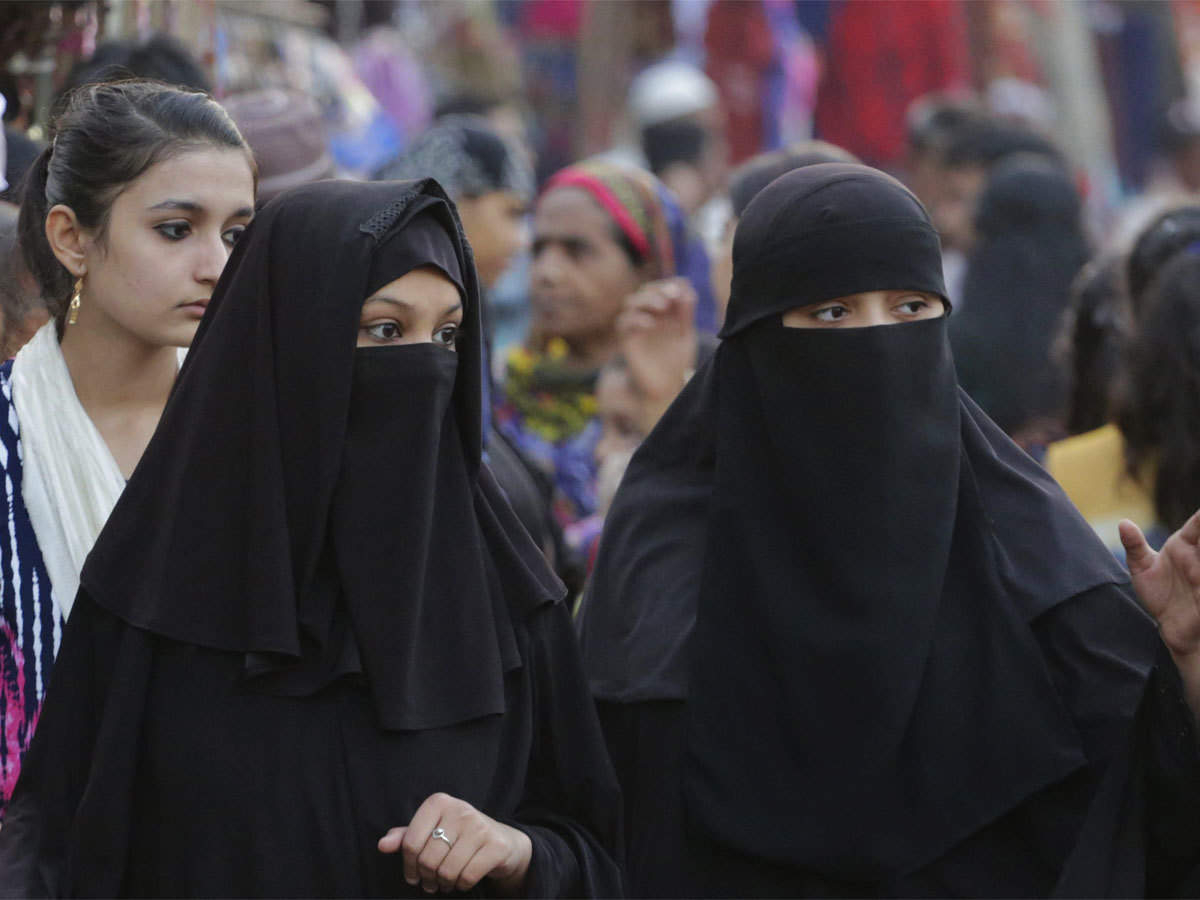 “The Lord hath commanded that ye show kindness to your parents, whether one of them, or both of them, attain too old age with these. Wherefore say not unto them. Fie on you neither reproach them, but speak respect unto them, and submit to behave humbly towards them, out of tender affection, and say “O Lord: have mercy on them both, as they nursed me and give unto him that is of kin to you his due.”

The Muslim law, like the English Law, treats the property as primarily and naturally individual. It does not like the Hindu system contemplate, as the normal state of things, the existence of mass of family property kept together through several generations as common fund for the common needs-material and spiritual of its members, nor does it lend itself, so easily as English Law, to artificial limitations of English system by means of entail and family settlements. Only the wife, she being possessed of property sufficient for her maintenance, can claim to be maintained at the expense of her husband as her right to maintenance is in the nature of consideration for her marriage contract.

Under Muslim Law, a man is bound to maintain his wife irrespective of his and her means and his minor children if he is not indigent. He is obliged to maintain his other relatives from whom he can inherit if he has means to do so and they are indigent.

The Arabic equivalent of ‘maintenance is NAFQAH, which literally means, “what a person spends over his family“. In its legal sense, maintenance signifies and includes three things:

Hedaya defines maintenance as all those things which are necessary to the support of life, such as food, clothes and lodging, many confines it solely to food.  Fatawa-i-Alamgiri says “Maintenance comprehends food, clothing and lodging, though in common parlance it is limited to the first.”

A person becomes liable for Nafaqah or maintenance on account of a person :-

Requisites for a claim

General rule.-The general rule in this regard is that only such person is entitled to maintenance-

(i) who has no property of his own,

(ii) who is related within prohibited degrees to the person, and

(iii) the person from whom he claims in “easy circumstances.”

The above general rules do not apply to the following:

(i) when the claimant is wife, and

(ii) when the claimants are minor sons or unmarried daughters, except when he has no means.

The principles upon which the Muslim Law of maintenance is based are briefly summarized as follows:

A Muslim is under an obligation to maintain the following persons :

There are three causes for which it is incumbent on one person to maintain in another marriage, relationship and property.

The father’s liability to maintain his children is absolute and is not affected by his indigence so long as he can earn. He is bound to maintain them, even it they are in their mother’s custody. A father is liable to provide maintenance to the following:

(i) minor children of either sex.

(iii) married daughter, if she is poor, and

(iv) adult son, if he is necessitous (indigent).

Maintenance of children after the dissolution of marriage.

Under the Muslim law so far as the children out of the dissolved wedlock are concerned, the father’s obligation to maintain them is absolute in terms, so long as he is in a position to do so or the children have no independent income of their own.

Section 3(1) (b) of the Muslim Women (Protection of Rights on Divorce) Act, 1986 (later used as the Act of 1986) contemplates the divorced wife’s right to claim maintenance in respect of her children and this has nothing to do with the independent right of the children to be maintained by the father under the Muslim Law.

That right of the children is separate and independent of the divorcee wife’s (their mother’s) right to claim maintenance. Naturally, therefore, such a right cannot certainly be affected by the provision of Section 3(1) (b) of the Act of 1986.

Under Section 9, every pending application under Section 125 or 127 of the Cr.P.C. is to be disposed of in accordance without the provisions of the Act of 1986. This section however, does not apply to applications moved on behalf of children.

In a significant judgment of Noor Saba Khatoon v. Mohd. Quasim, the Supreme Court ruled that “a divorced Muslim woman is entitled to claim maintenance for her children till they become major. The Court held that both under the Muslim Personal Law and under Section 125 of the Cr. P.C, the obligation of the father was absolute when the children were living with the divorced wife“.

The Court further observed that “this right was not restricted, affected or controlled by divorced wife’s right to claim maintenance for two years from the date of birth of the children under Section 3(1) (b) the Muslim Women (Protection of Rights on Divorce) Act, 1986.”

Mother’s liability– When the father has no means and is indigent, the mother is liable to maintain her children, but she is entitled to recover the expenses from the father, when circumstances permit.

Grandparent’s liability. If both father and mother fail to maintain their children, it is the duty of the grandparents, maternal or paternal, to provide for their maintenance.

Father-in-law’s liability. There is no obligation on the father-in-law to maintain the widow of his son.

As the parents are under an obligation to maintain their parents, so are childrens liable to provide maintenance to their parents. Every child, whether male or female, adult or minor, who has sufficient property  is responsible to supply maintenance to his parents.

But under the Ithna Ashari Shia law, the child may distribute the maintenance allowance between the father and the mother equally, if both of them are needy but under Shia Law, the children are relieved of their duty, if the parents are capable of earning.

Grand children’s liability.-If there are-(i) no children, or (ii) the children are indigent, it is the liability of the grand children to provide maintenance to their grandparents.

Under Hanafi law, a Muslim is under an obligation to maintain his collateral relations within the prohibited degree only in the following cases:-

However, under Shia Law, collaterals are not entitled in any case.

During the subsistence of marriage. According to the ordinary sequence of natural events, the wife comes first. Her right of maintenance in this case is absolute. Her right remains unprejudiced even if she has property or income of her own and the husband is poor.

A husband is bound to maintain his wife, irrespective of being a Muslim, non-Muslim, poor or rich, young or old if not too young to be unfit for matrimonial intercourse. In addition to the legal obligation to maintain, there may be stipulations in the marriage contract which may render the husband liable to make a special allowance to the wife.

The wife filed an application against her husband, claiming maintenance for herself and for her minor daughter under Section 125 Cr.P.C. She stated that she was the legally wedded wife and that her minor daughter was born from the wedlock.

She added that her husband had already married her elder sister but had thereafter married her with the consent of his first wife. Gradually, the husband had started neglecting her and her daughter who had no means to support themselves. She, therefore, claimed a certain amount as maintenance for each of them.

Before the Supreme Court, the husband denied that he had married the respondent. The husband contended that under the Muslim Law, a man could not marry his wife’s sister during his wife’s lifetime. That such conjunction was prohibited, even if the marriage had been performed the same was void in law and did not confer any rights either on the respondent or her daughter.

The Supreme Court held that if the marriage which was said to have been performed between the appellant and the respondent is held to be void then, respondent will not be entitled to maintenance from the appellant under Section 125 Cr.P.C.

If, on the other hand, the marriage is held to be irregular, then the marriage will subsist for all purposes, unless declared void by the competent court. Till such a declaration is made, along with the respondent, her daughter will also be entitled for maintenance under Section 125 Cr.P.C.

Disqualification Of Maintenance For Wife

Wife is not entitled to maintenance:

In determining the scale of maintenance, due from the husband to the wife, According to Hanafi law, the social position of both the husband and wife must be considered. The Shafei Law says that the position of the husband should alone be considered. The Shia Law is of the view that the maintenance should be determined by the wife’s requirements in respect of conditions, food, clothing, residence, service, etc., a due regard being also had to custom of her equals among her own people in the same city.