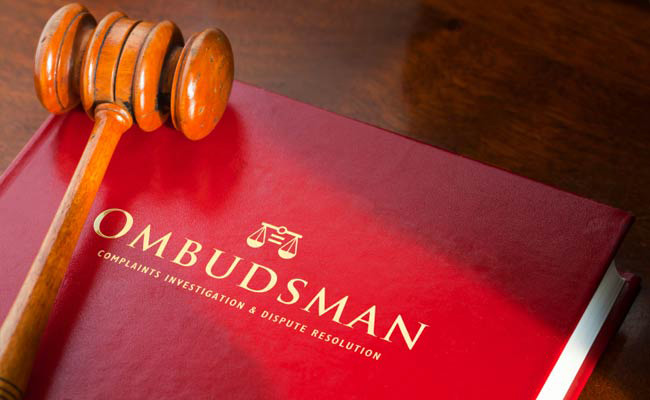 Administrative law provides for control over the administration by an outside agency strong enough to prevent injustice to the individual while leaving the administration adequate freedom to enable it to carry on effective government. Any progressive system of administration postulates the need of a mechanism for handling grievances against administrative faults. Under this system, every member of the public has the right to know what passes in government files. In such a context, the treatment of this subject involves the study of the following topics:-

Ombudsman means “the grievance man” or “a Commissioner of the Administration”. A precise definition of Ombudsman cannot be given. But Garner rightly states that he is

“An Officer of Parliament, having as his primary function, the duty of acting as an agent for Parliament, for the purpose of safeguarding citizens against abuse or misuse of administrative power by the executive”.

According to Prof. S.K. Agrawal, the term ‘Ombudsman’ refers only to institutions which have three basic and unique characteristics :

(a) Ombudsman is an independent and non- partisan officer of the legislature who supervises the administration;

(b) He deals with specific complaints from the public against administrative injustice and mal-administration;

(c) He has the power to investigate, criticize and report back to the legislature, but not to reverse administrative action.

As regards importance of the Ombudsman, it is stated in Justice Report: “He is not a super administrator to whom an individual can appeal when he is satisfied with the discretionary decision of a public official in the hope that he may obtain a more favourable decision. His primary function is to investigate allegations of maladministration“

In terms of Utility, Ombudsman means ‘Watchdog of the administration’ or ‘the

protector of the common people’. The Ombudsman inquires and investigates all complaints made by citizens against the abuse of discretionary power, mal-administration or administrative inefficiency and takes appropriate actions. For that purpose, very wide powers are given to him. He has access to departmental files. The complainant is not required to lead any evidence before the Ombudsman to prove his case. He is empowered to grant relief to the aggrieved person.

His function is to satisfy himself whether his complaint was justified or unjustified. He can act even suo moto. His powers are not limited like the powers of a Civil Court.

It was defined as the parliamentary body supervising judges, government and other officials, and ensuring their compliance with laws and other legal regulations.

The embedding of the ombudsman in the constitution was completed by a further law specifying in greater detail the scope of his activities and his legal authority.The institution of the ombudsman developed and grew most significantly in the 20th century. Ombudsman institutions were on the increase especially in the period after the Second World War when almost a hundred of them were established. The institutions took varied forms and modifications depending on the historical, political and social background of the given country.

In India the ombudsman is known as lokpal or lokayukata.The concept of constitutional ombudsman was first proposed by the then law minister Ashok Kumar Sen in parliament in the early 1960s.The term lokpal and lokayukta were coined by Dr.L.M.Singhvi as the indian model of ombudsman for the redressal of public grievances,it was passed in lok sabha In the year 1968 but it was lapsed with dissolution of lok sabha and since then has lapsed in the lok sabha many times.

There are several deficiencies in our anti-corruption systems because of which despite overwhelming evidence against the corrupt, no honest investigation and prosecution takes place and the corrupt are hardly punished. The whole anti-corruption set up ends up protecting the corrupt.

Salient features of The Lokpal and Lokayuktas Act, 2013

The Lokpal is empowered to investigate into any administrative action taken by or with the approval of a Minister or Secretary of Union or State Government, either on receiving a written complaint by an aggrieved person or suo motu, relating to mal- administration, undue favour or corruption.

But the Lokpal is not to undertake investigation in respect of which the aggrieved person has any remedy before a Court of law or statutory Tribunal.

Matters excluded from the Jurisdiction

However, there are certain matters excluded from the jurisdiction of Lokpal:-

The institution of lokpal has been a landmark move in the history of Indian polity, The lokpal and lokayukta act 2013 has offered a productive solution to combat the never ending menace of corruption It has tried to bring a much needed change in the battle against corruption in the administrative structure of India but at the same time there are loopholes and lacunae which need to be corrected. Firstly it is not free from political influence as the appointing committee itself consist of  parliamentarians There is no criteria to decide who is an ‘eminent jurist’ or ‘a person of integrity.’ Thus, this appointment can easily be manipulated. Further, the act provides no concrete immunity to the whistle blowers.