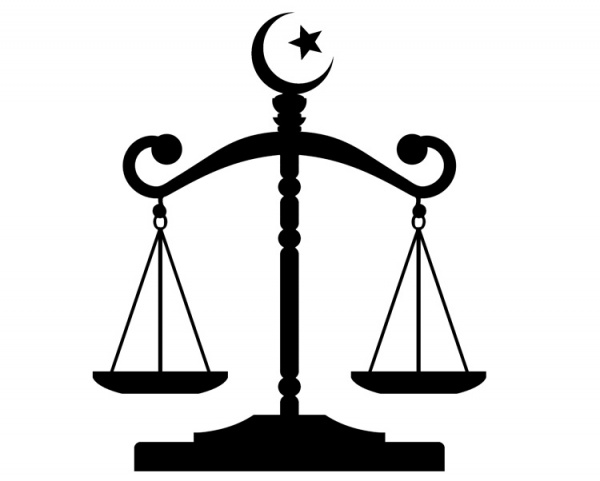 From the viewpoint of a particular branch of law upon persons, laws may be either territorial or personal. A territorial law is that branch of law which is applied in a particular territory and is applicable upon persons of all communities living in that territory. Thus Indian Penal Code or the Indian Contract Act are the examples of territorial laws, because both the laws are applied upon all the persons living in India. On the other hand, a personal law is that branch of civil law which applies upon the persons of a particular religious community. Thus Mohammedan law applies upon Muslims, and Hindu law upon Hindus

Muslim Law in India means (that portion of Islamic civil law which is applied to Muslims as a personal law). It consists of the injunctions of Quran, of the traditions introduced by the practice of the prophet (Sunna), of the common opinion of the jurists (Ijma), of the analogical deductions of these three (Qiyas), and of the Pre-Islamic customs not abrogated by the Prophet Mohammed. Further, it has been supplemented by the juristic preference

(Istihsan), public policy (Istislah), precedents (Taqlid) and independent interpretation (Ijtihad). Also it has been  modified by state legislation and modern judicial precedents of the High Courts and the Supreme Court of India and also of the Privy Council.

Muslim Law is founded upon (Al-Quran) which is believed by the Musalmans to have existed from eternity, subsisting in the very essence of God. Prophet Mohammad himself declared that it was revealed to him by the Angel (Gabriel) in various portions and at different times. Its texts are held by Muslims to be decisive as being the

words of God (Kalam allah) transmitted to man through the Prophet. Besides inculcating religion and theology, the ‘Quran’ also contains passages which are applicable to jurisprudence, which form the principal basis of the ‘Sharia‘.

The Quran is, Al-Furqan, i.e., one showing truth from falsehood and right from wrong. It is in the form of a series of communications addressed by God to the Prophet. But whenever the ‘Quran’ is silent on any particular matter, guidance was taken from the ‘Sunnat’, i.e. whatever the Prophet had done, said or tacitly allowed; and also from ‘Hadis’, i.e., Prophet’s sayings or the narration of what

was said or done by him or was in silence upheld by him. All these are considered by the Muslims to be the supplement to the Quran.

Before Mohammad became a Prophet (after the advent of Islam), there was no general law of the races inhibiting the Arabian Peninsula. Each tribe was governed by its own laws, and

matters in dispute were either referred to the Chief, or decided by an appeal to the sword. The conduct of the Arabs was regulated by customs. Most of the customs of the Arab people were barbarous and inhuman. Often the parents buried their female child alive. Gambling was rampant. It was days of superstition and idolatry, the position of women was not much better than that of animals, they had no legal rights, after marriage the husband became their lord and master. Polygamy

was universal, divorce was easy and female infanticide was common.

to bring about a complete transformation of the society. The Arabs themselves were so conscious of this change, that they began to refer to the period before Mohammad as the Ayyam jahiliya, i.e, the period of ignorance, wildness and savagery in contrast to the moral reasonableness of a civilized man.

History Of Prophet and Advent Of Islam

Prophet Mohammad was born at Mecca in (571 A.D.) The Prophet was a posthumous child. His father Abdullah, while returning from Syria, where he had gone for some business, died at Medina. The Prophet was brought up by his mother Amina. On his mother’s death, while he was six years old, the Prophet passed

into the care of his grandfather, Abdul Muttalib. Two years later the

grandfather also died and the boy was then brought up by his uncle Abu Talib.

After the age of twenty-five years he spent much of his time in a solitude making a lonely cave named Hira, his abode, where he is said to have been occupied in prayer and meditation. He became a Prophet at age 40, when he received his first message from God. From that time he devoted himself in replanting the only true and ancient religion, professed by Adam, Noah, Abraham, Moses, Jesus and all the Prophets of the past.

In his endeavours he met the most bitter persecution from the idolaters whose faith he attacked. He was abused, spat on, covered with the sand dragged from the temple of Mecca. As a result of contamination of the magnesium can prevent in Arabia, the Prophet was compelled to leave Mecca and to take refuge among his followers at Medina. This flight of Prophet is known as ‘Hijrat’, which marks the beginning of Muslim era. The years of humiliation, of persecution, of failures came to an end. The Hijrat makes a clear division in the story of the Prophet’s mission which is evident in the Quran. Till then he had been a preacher only. Henceforth he became a ruler of Arabian Empire. This absolute supremacy. continued till his death in (632 A.D.)

Islam is an Arabic word meaning “submission” and in religious context means “submission to the will of God”. Islam is derived from the Arabic word ‘asallam’ which literally means peace  am in a secular sense Islam means the establishment of peace. The word Islam is comprehensive one and does not express any association with any particular person, people or country. The object of this religion is to create a sense of obedience and submission to ‘Allah’.  His ordinances are thereby to go on the right path and those who follow this path are Muslims.

Significance and Teachings Of Islam

The root,(asalam), from which Islam is derived,

signifies, to be tranquilized at rest; to have done one’s duty; to have paid up to

be at perfect peace; and finally to surrender oneself to him with whom peace is

made. Prophet Mohammad regarded religion as a straight natural law for man to follow, wherein was no perplexity or ambiguity. In Islam all humanity is one vast brotherhood, with one God as their creator or master who looks them all as equal. Hence, all men are equal in Islam. It enjoins a duty to surrender to the will of God. It appears from the

injunctions of Quran that Islam has its existence since the beginning of the world and will exist till the day of Resurrection.

Islam also says that people have forgotten the fundamental principles of the true faith, and God in his infinite mercy sends to them a Reformer, (a Rasul or messenger) in order that he may show them true path and warn them against the evil deeds. Islam, above all, is a religion of works. The service of men and the good of the humanity institute pre-eminently the service and worship of God

The Prophet Mohammad took heavenly abode from this world in (632 A.D), and as he left no son, the succession of the early Caliphs was not without friction and bloodshed. The first three Caliphs- Abu Bakar (632 A.D.), Umar (634 A.D.), and Usman (644 A.D.) were his disciples and early companions. Hazrat Usman was murdered and was succeeded by Ali who was cousin and son-in-law of the Prophet having married Mohammad’s daughter, Fatima. Ali was murdered and his place was taken by his son Hasan. Hasan resigned in favour of (Muavia, an usurper from Damascus), but was nevertheless also murdered. The partisans of Ali persuaded Hasan’s brother Husain to check the misdeeds of Yazid, son of Muavia,. But Husain fell in an ambush at Karbala where he

During this period, important changes were made in the applicability of Islamic India. By Section 27 of the Famous Regulation 11 of (1772), it was enacted that “in all suits regarding inheritance, succession, marriage and caste and other religious institutions, the laws of the Quran with respect to Mohammedans shall be invariably adhered to”.

Meanwhile, the Muslim Criminal Law modified from time to time by the Company’s regulations governed not only Muslims, but the entire native population outside the Maratha ditch.

Matrimonial disputes were dealt with according to the laws of the Quran, as the case might be, while “matters of contract and dealing between party and party” were left to be determined according to the principle of “justice, equity and good conscience”.

Fyzee states that, “Mohammedan law as received in India is the shariat, modified by the principles of the English common law and equity, in the varying social and cultural conditions of India”. The Shariat Act, 1937 in effect abrogated local customs and restored to Muslims their own personal law.