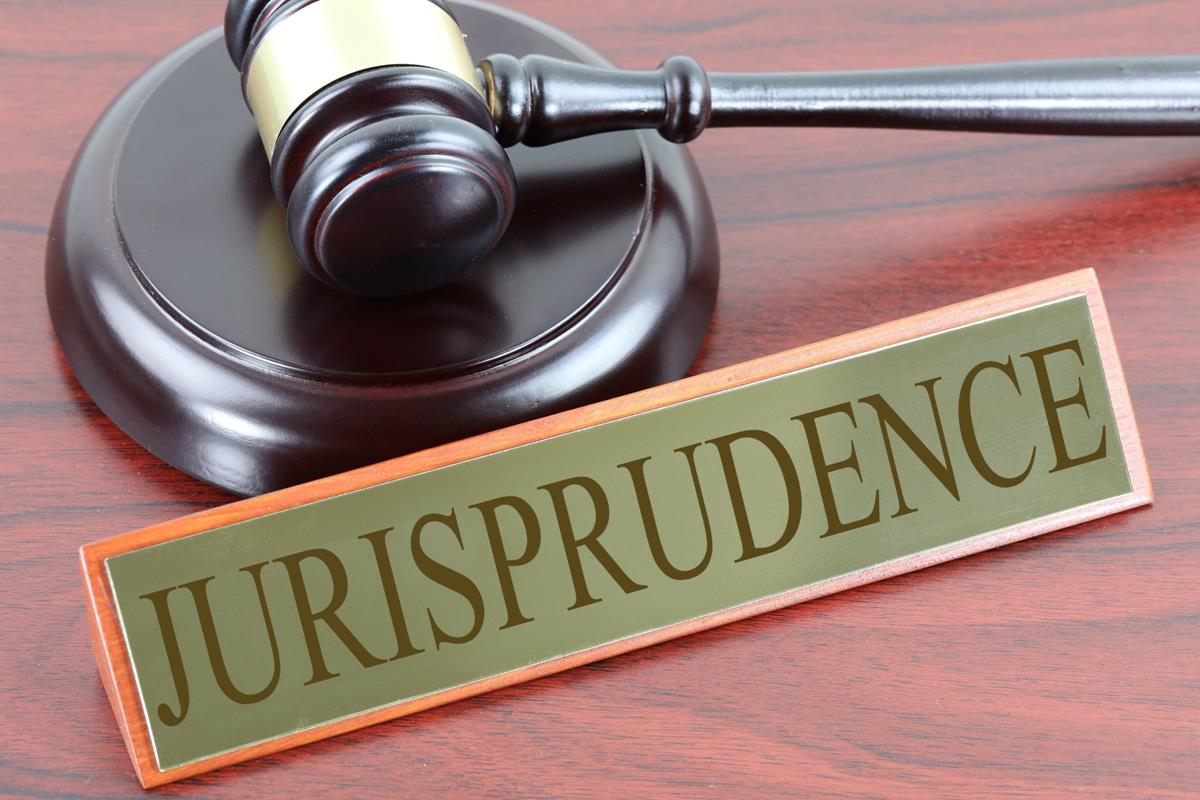 In Murray’s New English dictionary also Jurisprudence is defined as ‘knowledge of or skill in law‘. Under the French law it refers to the body of judicial precedent as distinguished from statutes and the expert opinion etc. In Germany jurisprudence is termed as “rechts philosophic” , that is the philosophy of rights, that is of law in an abstract sense.

Thus jurisprudence involves the study of general theoretical questions about the nature of law and legal systems, about the relationship of law to justice morality and about the social nature of law. Jurisprudence at many times has been used in different senses. Sometimes it is used as a synonym of law, sometimes as a philosophy of law and sometimes as a science of law. However in today’s time it is referred to as the term legal theory.

What is Legal Theory?

The term legal theory was first coined by W. Friedman in 1945, when his book on “Legal Theory” appeared and since then it became popular. According to him the term legal theory is generally used as an evaluative and normative study of the concept of law and its relationship with morality and justice which the law subserves. Such a study of law involves value judgments of the social, ideological and sociological goals which the legal system is to conserve or cater.

Fitzgerald is of the opinion that “Legal Theory” is an attempt to answer the question what is law in order to clarify the most of all legal concept, the concept of law itself according to him legal theory is essentially a theoretical evaluation and an objective enquiry of the basic nature meaning and purpose of law, not what the legislature of code define in their day-to-day affairs, to determine what extent of interrelationship between law, morality and justice is necessary to determine the true nature and functions of law.

According to John D Finch- Legal Theory involves the study of the characteristic features essential to law and common to legal systems, an analysis to those basic elements of law which distinguishes it from other forms of rules and standards, from systems which cannot be described as legal systems and from other social phenomena. Therefore, the nature of legal theory lies in the study of distinctive attributes of law, by an examination of the relative merits and demerits of the principal exposition of the subject.

Schools of Thoughts On Jurisprudence

Definition of any area of study is useful only insofar as it illuminates and does not constrict it. Different meanings have been assigned to the term “Jurisprudence” by different writers. However no single definition can be said to be universally acceptable because as a method, jurisprudence deals with concepts which regulate human conduct in accordance with the values, needs and goals of every society which keeps on changing from time to time and from society to society. Nevertheless in order to understand the concept of jurisprudence it becomes imperative to examine some of the definitions given by eminent jurists.

John Austin was the founder of Analytical School of Jurisprudence, and also being considered as the Father Of English Jurisprudence, was the first Jurist to  term jurisprudence as a “science of law” which deals with the analysis of the concepts or its underlying principles. For Austin the appropriate subject of jurisprudence is positive law i.e law as it is (existing laws). He believed that it is not a moral philosophy but a systematic study of actual law as distinguished from moral, ideal or natural law.

For Example- The concept of rights and duties, possession, ownership, property etc comes under the province of general jurisprudence.

For example- Ownership is one of the fundamental legal concepts.  Particular jurisprudence would analyse, systematize and explain how the nature and scope of ownership has been defined or delimited by the particular systems of law.

Allen also agrees with Austin saying that there are certain elements inherent in the conception of law as the phenomena of social life, for example preservation of order, suspension of justice, delimitation of rights, etc. Therefore the term General Jurisprudence is applicable and particular jurisprudence is only a method how it works

Salmond is opposed to the concept of general jurisprudence because for him, it is a science of civil law. He said that “Jurisprudence Generalis” is not the study of the legal systems in general but the study of general and fundamental principles of the particular legal system. He further adds that a particular principle does not pertain to the theory and philosophy of law simply because of its universal reception. One must go to other particular systems and study what they contribute to be the general sum of juristic knowledge.

Holland also objects to Austin’s concept of particular jurisprudence. He says that if jurisprudence is a science then like all sciences it must be general. He gave the example of geology and says that it would be strange to call the study of composition and structure of the earth of England as a science of Geology.

Jurists from Historical School also denied the existence of general jurisprudence. According to them, law, like language, grows and evolves. In this process it is conditioned by local factors. For example the political, geographical, religious and historical etc, which differ from country to country. Therefore General Jurisprudence is not possible.

For example-  Jurisprudence deals with ownership and its relations regulated to actions also it explains the legal aspect of marriage and its connection with property and family.

Holland just like Austin considered jurisprudence as a positive law – it is not concerned with law as ‘it ought to be‘ nor with the objects of law but with the law ‘as it actually is’ . He further adds that comparative law collects and tabulates the legal Institutions of various countries and that jurisprudence sets forth an orderly view of ideas and methods which have been variously released in actual systems.

Gray has criticized Holland and says that material rules of law are like clay and relations governed by these rules are like bricks. As bricks cannot be made without clay, therefore, there can be no relationship if there is no material value.

Dias and Hughes, why criticising Holland observed that the analogy of jurisprudence with geology is erroneous. Law is a social institution and the structure of societies differ in their objective traditions and environment. Therefore law is not a mechanical structure like geological deposits.

According to Salmond, Jurisprudence can be defined in two senses – Generic sense jurisprudence which is defined as “Science of Civil Law” and in the Specific sense which can be defined as a “Science of the First Principle Of Civil Law“. He also observed that it is not possible indeed to draw any hard line of logical division between those first principles and the remaining portions of the law. The distinction is one of degree rather than of kind.

administered by the courts in the administration of justice. According to Salmond, jurisprudence in the specific sense includes theoretical jurisprudence, therefore, it deals not with concrete details but with its fundamental principles and conceptions.

by Salmond deals not with the study of legal systems in general but with the general or fundamental elements of a particular legal system.  Further Salmond has divided jurisprudence into following categories:

He divides jurisprudence in the generic sense into:

Legal Exposition-  The purpose of which is to set forth the contents of an actual legal system as existing at any time, whether past or present.

Legal History- The purpose of which is to set forth the historical process whereby any legal system came to be what it is or what it was.

The Science of legislation– Purpose of which is to set forth the law, not as it is or has been, but as it ought to be. It deals not

with the past or present of any legal system but with its ideal future.

He divides jurisprudence in the specific sense into-

Analytical Jurisprudence: The purpose of which is to analyse, without reference either to their historical origin or development

or to their ethical significance or validity. The first principles of law.

Historical Jurisprudence: The purpose of which is to deal with the general principles governing the origin and development of

law. It is the history of the first principles and conceptions of the legal system.

Ethical Jurisprudence: The purpose of which is to deal with the law from the point of view of its physical significance and adequacy.

It is concerned not with intellectual content of the legal system or with its historical development but with the purpose for which it exists and the measure and manners in which that purpose is fulfilled.

Salmond’s definition has been criticized on the grounds that he has narrowed down the field of jurisprudence by saying that it is a science of civil law, and hence covers only particular legal systems. However with the emergence of functional approach, the province or scope of jurisprudence cannot be limited. The study of jurisprudence today is not confined to the study of law as administered by the courts of justice, it also takes note of the social life of the societies.

To conclude we can quote ‘Dias and Hughes’ who said jurisprudence today is envisaged in an immeasurable broader and more sleeping cells than that as Austin.  Austin’s explanation of jurisprudence being a general and particular is out of fashion since it can not be restricted to a particular set of principles, there may be other factors such as religious and social which may affect and influence them.

Thus in my opinion jurisprudence is not a set of Universal rules of law; but merely a relationship between law; its concepts and society.