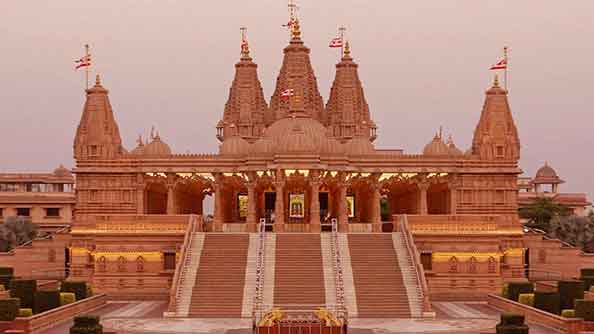 The appellants who were the followers of Swaminarayan sect also known as Satsangis, filed a suit on behalf of themselves and on behalf of other Satsangis of the northern diocese of the sect at Ahmedabad. They apprehended that the respondent Muldas Brudardas Vaishya, who was the president of the Maha Gujarat Dalit Sang at Ahmedabad intended to assert the rights of the non- satsangi harijans to enter the temple of Swaminarayan sect situated in Northern diocese at Ahmedabad in exercise of the legal rights conferred on them by Section 3 of the Bombay Harijan Temple (Entry Authorization Act 1947). Section 3 of the said act provided inter alia, that every temple on which the act applied shall be open to Harijans for worship in the same manner and at the same extent as other Hindus in general.

While announcing their judgement, the Supreme court with a view to elaborate the meaning of Hindu religion, copiously and freely drew from the works of the eminent scholars and writers of Hindu religion and philosophy such as; Radhakrishnan, Tilak, Manvir, Williams and Max Muller and observed that, “Beneath the diversity of philosophical thoughts, concept and ideas expressed by various philosophers who started different philosophical school, lie certain broad concepts which can be treated as basic. Few among them are the acceptance of Vedas as the highest authority in religious and philosophical matters, all the existing systems have drawn their principles from such Vedas. The other basic concept which is common to the six systems of Hindu philosophy given by Max Mueller is that all of them accept the view of the great world rhythm, vast period of creation, and the belief that maintenance and dissolution follow each other in endless succession. It may also be said that all the systems of Hindu philosophy believe in rebirth and pre-existence. Thus it is clear that unlike other religions and religious creeds, Hindu religion is not tied to any definite set of philosophic concepts as such.”

The learned judge after examining the basic tenet of the Swaminarayan sect observed that even a cursory study of growth and development of Hindu religion through the ages shows that whenever a saint or a religious reformer attempted the task of reforming Hindu religion and fought the irrational or corrupt practices which crept into it, a sect was born which was governed by its tenets, but was basically subscribed to the fundamental notions of Hindu religion and its philosophy. Therefore it has never been suggested that these sects are outside the Hindu brotherhood and the temples they honour are not Hindu temples. The same was held to be true of the Swaminarayan sect.
Justice Ganendragadkar quoting Bhagavad Gita said that, “Whenever religion is on the decline and irreligion is in the ascendance, God is born to restore the balance of religion and guide the destiny of human race towards salvation.”, therefore even though Swaminarayan is himself worshipped as a God, the birth of every saint and religious reformer is taken as an illustration of the principles enunciated in the Bhagwat Gita. Therefore, the court finally held that the High court was right in coming to a conclusion that the Swaminarayan sect to which the appellants belong is not a religion distinct and separate from the Hindu religion and consequently all the temples belonging to the Swaminarayan Sect do fall within the Ambit of section 2 of Bombay Hindu Places Of Public Worship (Entry Authorization Act 1947).  Thus the appeal failed and was dismissed with costs.

Sitaram Yechury vs Union of India 2019