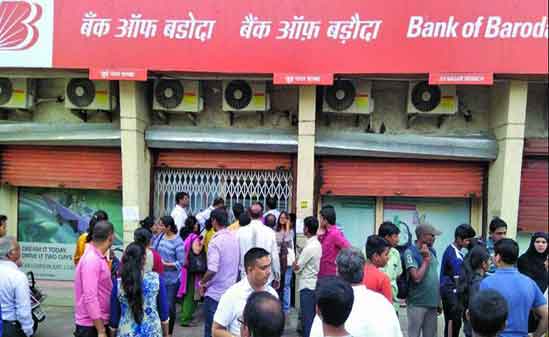 IN THE SUPREME COURT OF INDIA

(Against the impugned judgement and final order dated 07.12.2019  passed by Hon’ble High court of judicature at Allahabad lucknow Bench Lucknow, In Criminal Revision No 1432 of 2019)

IN THE MATTER OF:

State of Uttar Pradesh through

• Whether there was ground for presuming that the offence was committed and if so, then were there any grounds for the accused’s conviction.

• Whether the accused can be discharged at the stage of the application for his discharge on the ground that no strong suspicion existed against the accused, which could prove that the alleged offence had been committed by the accused.

Another submission of the learned counsel for the revisionist was that the aforesaid packing credits were disbursed in one lot of Rs.15.90 crores, within the permissible balance, which was within the available sanction limit. Moreover, this amount had also been liquidated by the Company much before the registration of the FIR. He had also submitted that only general allegations had been levelled by the investigating officer against the revisionist, without any credible evidence. Learned counsel for the revisionist had also submitted that the court wrongly and illegally rejected his discharge application collectively along with the other accused persons, passing the impugned order dated 5th August, 2019.

In rebuttal to the allegations made in the charge sheet that the revisionist had sanctioned packing credit limit without asking credit report from the concerned officials and also permitted opening of letter of credits (LCs) of a value of more than USD 3 million, the learned counsel for the revisionist submitted that it was already assumed by the CBI that all the LCs were authorised by the then Branch Head.

Placing reliance on the decisions of the Hon’ble Apex Court in the case of C. Chenga Reddy & Ors. Vs. State of A.P., 196 SCC (Crm) 1205 (para 23) and C.K. Jaffer Sharief Vs. State (through CBI), (2013) 1 SCC 205 (paras 14 to 17), learned counsel for the revisionist submitted that though the accused might have acted in violation of the international rules, but no dishonest intention was found during the course of the investigation, therefore, the court had committed error in rejecting his application for discharge.

Learned A.S.G., Shri S.B. Pandey assisted by Shri Kazim Ibrahim, on the other hand, submitted that though it was undisputed that the revisionist was working as a responsible Bank Officer but he granted packing limits to the Company for giving the undue benefits to them, without applying the mandatory provisions and getting the approval from his seniors as well as A.G.M. As a result, the revisionist with the association of the Directors of the Company committed fraud with the Bank in cheating of more than Rs.456.63 crores of Bank Of Baroda, in total of Rs.2919.30 crores (including other Banks). He further submitted that after investigation, the charge sheet was filed and at the time of framing of the charges, the court was not required to entertain another meticulous evidence and other materials placed before it. He also submitted that due to the act of the accused persons, including the revisionist, the Bank was cheated of a huge amount of money and the court had rightly rejected the application of the revisionist and he may raise his submissions at the appropriate stages.

The Hon’ble  High court gravely erred in appreciating the fact that the Bank of Baroda in the affidavit filled in the Bail application no- 6933 of 2018 before the Hon’ble High court of judicature at Allahabad bench Lucknow, stated that the irregularities committed by the bank officials including the petitioner were procedural and same does not amount to criminal misconduct and conspiracy.

In view of above stated facts and circumstances, the impugned final order judgement dated 07.12.2019 passed by the Hon’ble High court of judicature at Allahabad – Lucknow Bench , Lucknow completely preserved and without any merits and the same were liable to be set aside and the charges levelled against the petitioner should be dropped.

Sitaram Yechury vs Union of India 2019