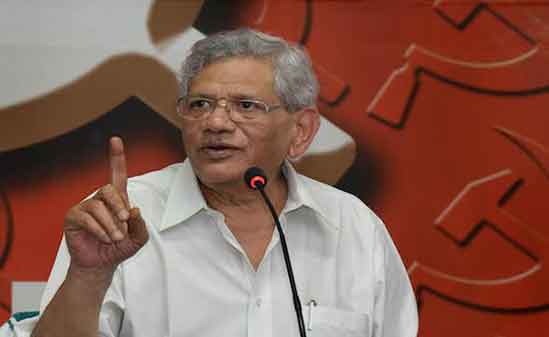 IN THE SUPREME COURT OF INDIA

IN THE MATTER OF:

On 5th August 2019, Government Of India revoked the special status or limited autonomy granted under Article 370 of the Indian Constitution to Jammu and Kashmir- a region administered by India as a state which consists of the larger part of Kashmir, which has been subject to dispute among India, Pakistan and China since 1947. Amid the revocation of Article 370 since August 5, 2019, Jammu and Kashmir (J&K) has been placed under a ‘communications lockdown’ by suspending mobile internet services and over 500 important political workers and leaders, including former chief ministers Omar Abdullah and Mehbooba Mufti have been detained in Jammu and Kashmir, where some of them have been lodged in makeshift detention centres in the Sher-e-Kashmir International Convention Centre in Srinagar and other such centres in Baramulla and Gurez.

What is Habeas Corpus

This case is famously known as the ‘Jammu and Kashmir Habeas Corpus Case’. Herein Sitaram Yechury, general secretary of the Communist Party of India (Marxist) filed a habeas corpus petition in the Supreme Court challenging the illegality and constitutional validity of the detention imposed on one of the leader of his party, Mohammed Yousuf Tarigiami when a virtual lockdown was imposed in the state of Jammu and Kashmir, after the Central Government passed an Act taking away its special status The petition filed by the petitioner intended to seek orders from the court to bring his friend and colleague, party member- Mr Tarigami to the All India Institute Of Medical sciences (A.I.I.M.S), New Delhi from Jammu and Kashmir to get medical facilities as he was not in good health.

Judgment Of The Supreme Court

The bench granted permission to the petitioner to go to Jammu and Kashmir and meet Mr. Tarigami, so as to ascertain his whereabouts and welfare, the present state of his health and whether he needs specialised medical treatment according to medical opinion. Also the court cautioned the petitioner that if he is found to be indulging in any other act, omission or commission, except for what has been indicated above by him i.e. to meet his friend and colleague to enquire about his welfare and health condition, it will be construed to be a violation of the Court’s order. The court also directed Mr. Imtiaz, Senior Superintendent of Police in charge of the Security in the State of Jammu & Kashmir to facilitate the travel and help the petitioner in locating the whereabouts of Mr. Tarigami.

In the view of the Supreme Court’s Judgement there are many loopholes which have surfaced and brought in question the court’s treatment of “Habeas Corpus”. There are examples that the Supreme Court bench led by CJI Gogoi should have observed and, if it deemed fit, expanded upon as it heard Yechury’s petition such as in Ram Manohar Lohia vs State of Bihar, where the Constitutional bench ruled that even in a situation where an emergency may have been imposed or where law and order is cited to detain a person, detention orders can be challenged through a writ of habeas corpus – if the detention order was passed in a mala fide manner or was otherwise invalid but in a stark contradiction to its earlier observations the majority on the Constitutional bench allowed themselves to be completely swayed by the specious arguments of the then government led by Indira Gandhi in curtailing the liberty of citizens during the Emergency.

Some of the issues which should have been debated on in the Sitaram Yechury versus Union of India case, but were not considered are as follows:

Whether the detention is Constitutionally and legally valid.

Preventive Detention is not meant to Punish, but to prevent the detainee from doing something which is prejudicial to the State. Alladi Krishnaswamy Ayyar, a distinguished jurist described preventive detention as ‘a necessary evil’ because in his view there were people detained to prevent them from  undermining the sanctity of the Constitution, the security of the State and even liberty of an individual. However there are certain safeguards in the constitution to prevent reckless use of Preventive Detention. In this judgement the bench did not stress upon the issue of violation of the fundamental rights of Mr Tarigami even though he was medically unwell. As said by D.Y. Chandrachud in the case of Khaja Bilal Ahmed, “A proximate link must exist between the past conduct of a person and the imperative need to detain him.” However the Supreme Court failed to ask questions of the government such as:

Neither did it issue notice to the Centre nor did it pose any questions regarding the alleged detention. Therefore such detention cannot be arbitrary to the sanctity of the constitution of India.

Whether the detention violates the personal liberty.

India is one of the few countries in the world whose Constitution allows for preventive detention during peacetime without any safeguards that are understood to be the basic requirements for protecting fundamental human rights. For example, the European Court of Human Rights has long held that preventive detention, as contemplated in the Indian Constitution, is illegal under the European Convention on Human Rights regardless of the safeguards embodied in the law. South Asia Human Rights Documentation Centre (SAHRDC), in its submission to the NCRWC in August 2000, recommended deleting those provisions of the Constitution of India that explicitly permit preventive detention. Specifically, under Article 22, preventive detention may be implemented ad infinitum – whether in peacetime, non-emergency situations or otherwise. The Constitution expressly allows an individual to be detained – without charge or trial for up to three months and denies detainees the rights to legal representation, cross-examination, timely or periodic review, access to the courts or compensation for unlawful arrest or detention.

In short, preventive detention as enshrined under Article 22 strikes a devastating blow to personal liberties. It also runs afoul of international standards. Article 4 of the International Covenant on Civil and Political Rights (ICCPR) – which India has ratified, admittedly permits derogation from guaranteeing certain personal liberties during a state of emergency. The Government, however, has not invoked this privilege, nor could it as the current situation in India does not satisfy the standards set forth in Article 4.

Whether communication lockdown violates the freedom of speech and expression.

In my opinion there is a need to adopt the principle of proportionality. If any state wants to suspend peoples’ rights in the service of a larger goal, then it must show that the measures it is going to adopt have some rational relationship with the goal. In the case of suspending the basic rights of the people in Jammu and Kashmir, it is true that the security of the nation cannot be compromised with, however protection of rights can also not be ignored. Legal scholar Nick Robinson noted that Indian judiciary has gained so much power due to the public trust reposed in it. However, that trust is now under question as the court has itself given in to executive actions without even ascertaining the proportionality of the State’s measures.