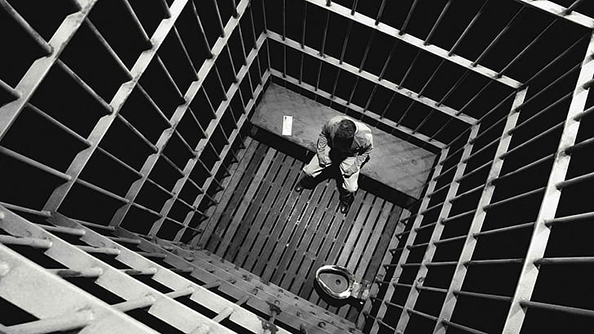 The Constitution of India has granted fundamental rights to each and every citizen of this country. However some people often forget that a person suspected of a crime, an accused person and even the prisoners enjoy the same rights as an ordinary citizen does. Article 22 grants and safeguards such rights of those individuals who have been arrested and detained for committing an offence. If the Constitution does not provide such rights, the citizens’ right to seek fair trial and justice will be impeded which will further give leverage to the police and political powers to detain and arrest the innocents without giving them a reason for their crimes.

This means that the police can not misuse its power and arrest or detain people without giving them an appropriate reason. Also the detainee enjoys his/her right to consult lawyers and defend himself/herself. If the person is not financially capable of hiring a lawyer, then he shall be given free legal aid. In Hussainna Khatoon case, S.C. declared the Right to Free Legal Aid as the Fundamental Right by the Constitutional Amendment Act, 1976 which provides for Article 39A: Free legal Aid.

It states, “It is the duty of every police officer or any other person authorized to arrest any person without a warrant, to let the person being arrested know the grounds of the arrest immediately. Non-compliance with this provision renders the arrest illegal.”

In view of this, it was held in the case of Joginder Kumar v. State of U.P. that a detained person should know the cause of his detention and is entitled to let any third person of his choice know the location of his detention.

This means that after a person has been arrested, the police have a duty to produce him before the nearest magistrate within a 24 hours of time frame. These 24 hours do not include travelling time. Keeping a person beyond this time period is a breach of his legal rights. This sub clause helps the accused to express his mind before the court without being unduly and coercively influenced by the police.

In the case of State of Punjab v. Ajaib Singh, this right was infringed and thus the victim was provided compensation as a constitutional remedy. It was held that the cases of detention without warrant require greater protection by presenting the accused within 24 hours before the nearest magistrate. This will ensure the legality of the arrest, and by not complying with such rules would deem the arrest unlawful.

Article 22 has been divided into two parts:

However the presence of this sub clause has frequently questioned the article’s validity as it takes away all the powers from a person detained in preventive detention. Therefore in the case of  A.K.Roy v. Union Of India, the court acknowledged that preventive detention laws were not only subject to Article 22 but were also open to scrutiny under Articles 14, 21 and 19. Meaning that even though Article 22(3) is an exception to clauses 1 and 2, the right to counsel under Article 21 was still valid, but since Article 22 was part of the original constitution and Article 21 was expanded and amended in Maneka Gandhi’s case, the former would prevail over the latter hence leaving the detenu scrapped of their right to access to legal assistance.

The law of “Preventive Detention” means detaining a person without any trial. It is different from punitive detention. The object of punitive detention is to punish an individual for what he has committed and after he is tried by the courts for the illegal acts committed by him. Preventive detention, on the other hand, prevents the person from doing something and the detention in such cases takes place due to the apprehension of the fact that he is going to do something wrong. However such detention must come within the ambit of the grounds for detention as laid down by the Constitution of India that includes acts prejudicial to the security of the State, public order, maintenance of supplies and services essential to the community, defence and foreign affairs. The Justification for preventive detention is based on suspicion or reasonable apprehension, and the probability of an act being committed to cause prejudicial to the State.

The petitioner filed a writ of Habeas Corpus against his detention in Madras Jail and  questioned the breach of his ‘Personal Liberty’. The issue was whether Preventive Detention Act 1950 ultra vires Fundamental Rights provided under the Constitution. “It was held that the Preventive Detention act was intra vires the Constitution of India with the exception of Section 14 which is illegal and ultra vires. It was further held that Article 21 is applicable to preventive detention and it’s Act of 1950, which permits detention beyond a period of three months and excludes the necessity of consulting an advisory board. Thus it is not obligatory on the Parliament to prescribe any maximum period”.

These clauses give some relief to the detenu, who has the right to know the grounds on which he is being detained. However there is an exception to this power, the facts of the grounds on which he is being detained shall not be revealed to him which are deemed to be against the public interest because the detaining authority is under no obligation to provide the grounds of detention to detenu prior to his arrest. But the grounds of his/her detention should be communicated as soon as possible in order to enable the right of representation against the detention.

Powers Of Parliament To Prescribe Laws

Article 22(7) gives additional powers to parliament to make and prescribe laws in respect to Preventive Detention. However, this clause is of regressive nature as it authorizes the parliament to describe the circumstances and categories of cases where detention of a person may be extended beyond three months without the opinion of the advisory board. The interpretation of Article 22 clause 7(a) was best done by the Hon’ble Supreme Court in “Sambhu Nath Sarkar V. State of West Bengal”.

It can also regulate the maximum period for which anyone may be detained under the laws providing for preventive detention. This clause is subjective in nature as there is no methodology or implied grounds on which the Parliament can decide the extension of detention period. Such powers and decisions can be unjust and biased in certain situations, thus making it an equipment to mask the legally and morally wrong detentions. The authorities and the Parliament can very much tweak the facts and circumstances of such cases if there are no checks and balances. This is the sole reason as to why this clause is aggressive and regressive in nature.

In this article we observed that the Fundamental Rights are the most important rights which can not be encroached upon by anyone. Article 22, being one of the Fundamental Rights, is extremely important in a country like India, which has a massive population with a high crime rate and a record number of undertrials who keep languishing in prisons for many years until their cases are heard.

Every person should get the right to defend himself and get a free trial. It’s important because once a person gets accused of some crime, the society perceives him as a threat and his public image and reputation gets tarnished. Therefore only a fair trial can restore his confidence and reputation back, if he is not found guilty. However preventive detention as a provision lacks balance, clarity and is full of contradictions. A major concern of preventive detention is that it has wide provisions, without any specifications and limitations, which causes it to have a wider context of interpretation.  Also clause 7 has vested too much power within the Parliament which can be used for personal gains. Therefore a deep rooted research is required in this field and amendments are to be made for efficient mechanisms of Article 22.

Constitutional Position Of The President

The President & His Powers