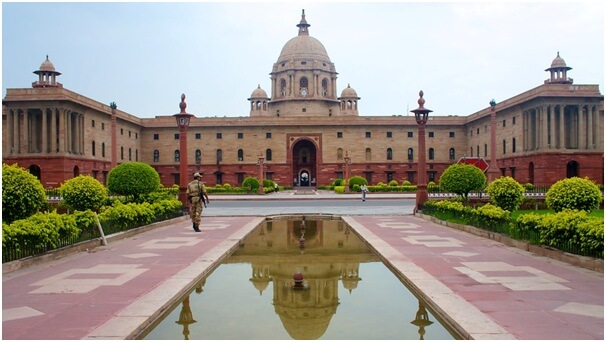 Powers of The President

Executive Powers Of The President

However, the expression “executive power” is nowhere defined in the constitution. Article 73 merely defines the matters with respect to which the executive authority of the union extends. Therefore, the executive authority can be said to be the authority to carry out the executive functions of the government. The word “executive function” ordinarily connotes the residue of the government functions that are not either legislative or judiciary. Executive functions comprises both determination of policy as well as carrying out it’s execution. This evidently includes the initiation of legislation, the maintenance of order, the promotion of social and economic welfare, the direction of foreign policy, in fact the carrying on or supervision of the general administration of the state.

Ordinarily, it is one of the functions of the executive to execute the laws. However, it is not always necessary that there should be in existence prior legislation in order to exercise the executive power such as; entry into any trade or business, or making of a treaty act affecting the rights of the individual.

In the landmark case of Ram jawaya Kapur vs State of Punjab 1955, the government initiated textbooks from authors for approval. When textbooks were approved, the authors were made to enter an agreement. According to this agreement the copyright of these books vested solely in the government. The authors got only 5% royalty on the sale of the textbooks. The government took all the publishing, printing and selling rights of the books in their own hands.

Issue raised in this case was whether the executive can perform an act without being mentioned in any specific legislation?

The court held that in recent times the scope of executive function has become extremely wide. It now involves the administration and regulation of a wide system of social services like public health, housing, assistance for the sick and unemployed, welfare of the industrial workers, education, transport and so on. Thus, the executive cannot be restricted to mere implementations of legislations. There is a strict separation of powers but no strict separation of functions.

Legislative Powers Of The President

The budget session of Parliament always begins with the President’s address and if there is a deadlock in the legislation process between the two houses of Parliament, the President summons a joint session to break the impasse. Under the Indian Constitution, the government needs prior Presidential sanction before introducing legislation such as for creating a new state or changes in the boundary of existing states or even a change in its name. Also, legislation dealing with fundamental rights under the Constitution requires the President’s consent, similar to money bills introduced in the Lok Sabha. Besides, all bills passed by Parliament need the President’s nod before becoming law.

Military Powers Of The President

Article 53(2) vests the supreme commander of defence forces in the president. He has the power to declare war or conclude a peace treaty. However there are two important limitations to this power in clause (2) which shall be noted.

Firstly the function of the president is exercisable “without prejudice the generality of the foregoing provision”. It means that this power is exercisable in accordance with the constitution.

Article 53 (3)(a) makes it clear that nothing in this article shall be deemed to transfer to the president any functions conferred by any existing law on the government or other authority. Likewise article 53 (3)(b) states that nothing in this article shall prevent the parliament from conferring by law functions on authorities other than the president. But powers which are expressly conferred on the president by the constitution cannot be transferred by the parliament to any other authority.

Pardoning power of the president

Article 72 of Indian Constitution empowers the president the power to grant pardons, reprieves, respites or remission of punishment or to suspend, remit or commute the sentence of any person convicted of any offence-

The meaning of the following terms under Article 72 are as follows-:

It starts with filing a mercy petition with the president under Article 72 of the Indian Constitution. Such a petition is then sent to the ministry of Home Affairs for consideration which is then consulted with the concerned state government. After the consultation, recommendations are made by the home minister and the petition is sent back to the president for approval.

While examining challenges to the decision taken by the president under Article 72 of the constitution on the mercy petition, the court’s power of judicial review is very limited. The court can neither sit in appeal or exercise the power of review, but can interfere if it is found that the decision has been taken without application of mind to the relevant factors or the same is founded on extraneous or irrelevant considerations or is vitiated due to malafide or patent arbitrariness.

In the case of Haryana vs Jagdish 2010 SC 1690, the court held that “the power of the sovereign to grant remission is within its exclusive domain and it is for this reason that our constitution makers went on to incorporate the provisions of Article 72 and Article 161 of the constitution. This responsibility was casted upon the executive through a constitutional mandate to ensure that some public purpose may require fulfillment by grant of remission in appropriate cases. This power was never intended to be used as an unbridled power of reprieve. Power of clemency is to be exercised cautiously and in appropriate cases, which in effect, mitigate the sentence of punishment awarded and which does not in any way wipe out the conviction. It’s a power which the sovereign exercises against its own judicial mandate.

Similarly In the case of Epuru Sudhakar, where a Congress activist faced 10 years of imprisonment due to the connection in the case of killing two persons including a TDP activist. His punishment was remitted by the Governor of Andhra Pradesh. Contentions were raised regarding the immunity of the pardoning power.

The Supreme Court bench stated that the exercise of pardoning power which would be subject to judicial review by the court against the maintenance of rule of law. It also said that “Exercising powers of clemency is a matter of discretion but still subject to certain standards and not a matter of privilege. The power of executive clemency is a matter of performance of official duty, and not only for benefiting the convict. During exercising such powers the president must also consider the effect of office decisions on the family of the victims, the society and the precedent it sets for the future”.

Under the Provisions of Article 352, 356 and 350 the president has the power to declare an emergency situation either in the whole territory of India or in any State or part of it.

There are 3 types of Emergency which can be declared by the president:

During Emergency, any rights including Fundamental rights except for Article 20 and 21 can be suspended by the President and the Parliament can also pass a resolution to impose President’s rule in any State.

Also, all the Government Contracts made by the Union are made in the name of the President and in the absence of this requirement being fulfilled, a Government contract cannot be regarded as valid

To conduct business of the Government Of India

Article 77 of the Indian constitution says that all executive actions of the Government of India shall be expressed to be taken in the name of the President. Therefore, all orders and other instruments made and executed in the name of the President shall be authenticated to be made by the president. Also the president shall make rules for more convenient transactions of the business of the Government of India and for allocation among ministers of the said businesses.

The President forms the face of Indian diplomacy and helps the nation to maintain cordial relationships with countries across the globe. All the Ambassadors and high commissioners in foreign nations are his representatives. He receives the credentials of the Diplomatic representatives of other nations;

Prior to ratification by Parliament, the treaties and agreements with other nations, are also negotiated by the President

Appointment Powers Of The President

The President of India has the power to make all important appointments. All of them are as follows-:

Thus President of the Republic of India, is the ceremonial head of state of India and the commander-in-chief of the Indian Armed Forces. His powers are limited as he is bound by the constitution to act on the advice of the prime minister and cabinet as long as the advice is not violating the constitution. Although his presence is a must in the Constitutional scheme and structure of India.

Constitutional Position Of The President

Article 22: Protection Against Detention And Arrest