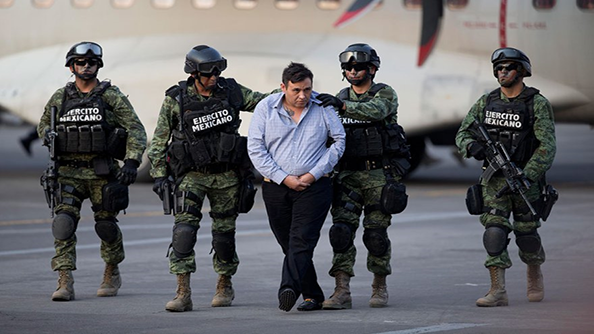 Section 3 and 4 of the Indian penal Code confers the extra territorial jurisdiction to the court. A crime is said to be extra territorial when it is trialed in a country other than the one in which it was committed. For example a person who is a citizen of India, commits a murder in the USA. He shall be tried and convicted of murder in any place in India.

Section 3 of the IPC

Section 3 of the IPC gives criminal jurisdiction to the court to try for an offence where any person who has committed the offence beyond the territorial limits of India; provided that the person is subject to Indian laws. In such a case, the person will be held for an offence in the same manner as if such an act has been committed within India. The person cannot take the defence that such an act is not an offence under the ordinary laws of the country where the offence was committed. The scope of section 3 is wide enough as it not only makes Indian citizens liable for an offence committed abroad, but also those who are covered by any special law thus bringing them under the Indian jurisdiction.

Section 4 of the IPC

Extradition means the surrender of a fugitive offender by one State to another, who is liable to be punished. Such surrender of a person, whether citizen or an alien is a political act done in pursuance of a treaty following an ad hoc arrangement between the two States. Extradition is based on the principle that crime should not go unpunished, therefore it becomes a moral and the legal duty of the State to offer assistance to one another in punishing a person guilty of crimes. The procedure for securing the extradition of a person from India can be found in the Extradition Act 1962.

In this case Abu Salem, an erstwhile member of Mumbai’s organised crime Syndicate D-Company, was convicted in over 50 heinous crimes including involvement in the 1993 Mumbai bomb blasts, was extradited along with his partner, Monica Bedi following the principles of extra- territorial jurisdiction.

In this case, an Indian citizen murdered another Indian citizen in a foreign country. The police refused to register an FIR on the ground that the offence was committed outside India. The court held that the refusal was illegal and directed the police to register the crime and proceed with the investigation in accordance with the law under Section 3 of the Indian Penal Code.

Crimes committed without and beyond India

The rationale behind extending criminal jurisdiction of Indian courts in the cases of offences committed outside and beyond India, is based on the contention that every sovereign state can regulate the conduct of its citizens wherever they might be for the time being. For example- A, an Indian (Hindu male) citizen, who has a wife and three children living in India, goes to the USA for higher studies and marries an American girl. According to the provision of this code, upon returning he will be prosecuted under section 494 of IPC causing Bigamy.

However in this case an exception to this provision was stated; if at the time of the commission of the offence the accused person is not a citizen of India, then the provision of Section 4, IPC and section 188 of CrPc have no application whatsoever. Similarly, if an Indian citizen after relinquishing his citizenship, acquires another country’s citizenship, he is not subject to the jurisdiction of Indian courts.

Therefore the test for determining the applicability of section 4A, is citizenship at the time of the commission of the offence and not citizenship acquired subsequently.

Section 4 sub clause (2) of the Indian Penal Code gives admiralty jurisdiction to the Indian courts and the power to try offences committed outside India. Such offences are:

A ship is considered to be a floating Island and belongs to the country whose flag the ship is flying, the same also applies to aircrafts. Therefore all ship vessels or aircraft are considered to be a part of the territory of the country whose flag they fly. A person committing a crime on-board whether an Indian citizen or a foreigner is amenable to the Indian courts, provided that the vessel is flying an Indian flag and is registered in India.

In this case, a fishing boat registered in India, while fishing off the coast of Kerala was fired at from a passing Italian ship named Enrica Lexie. As a result of this, 2 out of the 11 fishermen were instantly killed. The ship was detained and an FIR was registered by the Kerala Police. Later the two Italian marines were also arrested. They filed a writ petition before the Kerala High Court for quashing the FIR since the incident occurred at a place which was 20.5 nautical miles from the coast of India. The writ was quashed as it was held that section 2 of the IPC gave Kerala Police jurisdiction over this incident,

The Supreme Court held that the Union of India was entitled to prosecute the accused but the same was subject to the provisions of Article 100 of UNCLOS 1982 which provides that such cases can only be conducted at the level of the federal/central government and are outside the jurisdiction of the state governments. Hence the state of Kerala has no jurisdiction to investigate into the incident and it is the Union of India which has jurisdiction to proceed with the investigation. Hence, the Supreme Court directed the Central Government to set up a special court to try this case.

With the insertion of sub section (3) in section 4 of the IPC by the Information Technology Amendment Act (2008), the territorial operation of Indian courts is extended to any offence committed by any person in any place without and beyond India targeting a computer resource located in India.

Jurisdiction with respect to the judicial authority refers to the authority of the courts with respect to hearing the cases, appeals and other legal proceedings. It ensures that the courts hear only those matters that fall within its territorial and pecuniary limits, and not the ones lying beyond it.

The concept of Extra-territorial jurisdictions under the Indian Penal Code helps to clearly envisage the extents of the application of the law. Being the century old concepts, they somewhere do not find application over the rapidly expanding technologies including the concept of cyberspace, therefore, provisions exercising jurisdiction over them are required to be made so as to keep up with the comprehensive character of the code.