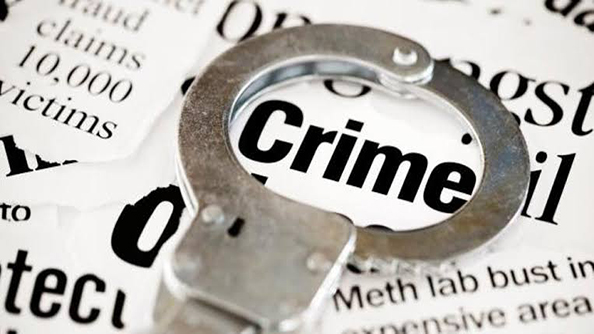 There are no easy explanations for the phenomenon called crime. Many attempts have been made to define crime, but they all fail to identify what kind of an act or omission amounts to a crime. Crime is generally a deceiving concept because it covers an enormous range of human behaviour. Crime may be associated in the public mind as robberies, pickpocketing, riots, murders, theft etc., however the very definition and concept of crime depends upon the public opinion, type of the society a man belongs to, its ideals, faith, religion, attitude, customs, traditions and also the form of government, the political and economic structures of the society etc. For instance-  what may be the crimes involving property rights in a capitalist culture, be lawfully sanctioned in the so-called socialist economies such as China and the former USSR. Also an act which is a crime today, may not be a crime tomorrow, if the legislature so decides. For example- polygamy, dowry, untouchability which are now crimes that were not so a few years ago.

The word crime was originally taken from the Latin word “Crimen” which means “to charge”. The Greek expression of it is “Krima” which is synonyms to the Sanskrit word ‘Karma’ which means ‘social order’. Therefore in a common parlance the word crime is applied to those acts that go against the social order and are worthy of serious condemnation.  Crime is thus the intentional execution of an act deemed socially harmful  and the reason for making any given act a crime is the public injury that would result from its frequent participation. Therefore society takes steps for its prevention by prescribing specific punishments for each crime.

There is no single meaning to a crime. Many jurists have tried to define crime, covering all the important aspects of it. Each definition gives us a different view about crime. Here are some definition which are as follows:

According to John Justin- “A wrong which is pursued by a sovereign for his subordinate is a crime. Wrong which is pursued at the discretion of the injured party and his representative is a civil injury”.  Austin’s definition gives a distinction between civil and criminal wrong.

According to Russell- “Criminal offences are basically the creation of a government policy adopted from time to time by those sections of the community who are powerful or astute enough to safeguard their own security and comfort by causing sovereign powers in the state to repress conduct which they feel may endanger their position.”

According to Halsbury – “Crime is an unlawful act or default which is an offence against the public order and which renders the perpetrators of the act or default liable to legal punishment.”

As crime is defined as the commission or omission of acts prohibited by penal law and the person who commits such acts is known as a criminal. On these assumptions, a vast volume of literature has been developed about crime, its prevention, separation and methodology for the apprehension, adjudication and reformation of criminals. While considering the origin of crime two philosophies have been taken into consideration which contradict each other as to whether to define crime naturally by the law of God, or positively by the law of man. Let us look into both the theories:

Natural law relies heavily on feelings, moral sense, ethics and philosophies of man. The theory of natural law says that humans possess an intrinsic sense of right and wrong that governs our reasoning and behaviour. Under the beliefs of natural law, crime is an act which violates the ethical and basic moral code. Thus, the general consensus is that the basic moral code is right and its violation is wrong.

Schools of thought on natural law

Various philosophers and theologians throughout history have differed in their interpretation of this doctrine. Some of them are as follows:

Aristotle, being considered as the father of natural law, argued that what is “just by nature” is not always the same as what is “just by law”. He believed that natural justice by the divine is different from the laws made by men because natural laws universally apply to all societies.

Belina and Dzudzek gave modern articulation of the concept of natural law saying that by constant repetitions, practices develop into structures in the form of discourses, which we follow from our birth, that it becomes natural to us and we forget the original concepts and accept them as the new natural laws.

According to the positive law theory, crime is a man-made creation and he himself obliges or specifies an action. Under this view, crime is a violation of a man-made command given by a sovereign authority; a violation identified as a public wrong. For example- murder, mutilation or defamation of a neighbour is a crime only if a sovereign authority has declared so. The virtue of positive law lies in its precision and it’s predictability- unlike theoretical tyranny of natural laws and its vagueness and uncertainty. Therefore from a legal perspective it can be said, “Positive laws are valid not because they are rooted in morality (as in the case of natural laws), but because they are enacted by a legitimate authority and are accepted by the society as such.”

Prior to American Revolution, various political thinkers like John Austin and Thomas Hobbes have articulated the command theory of law which states that only legal authorities that the courts recognise are the commands of the sovereign, because only the sovereign is entrusted with the power to enforce its commands through the military and police force.

Austin defines the positive law by saying that it is the command of the sovereign because the concept of command lies at its core. Positive law has a criterion of its own namely the philosophy of legal positivism, which rests on the three concepts of sovereign, command and sanction. This simply means that any violation of the commands issued by the supreme political leader of the sovereign is an infraction thereof and subject to sanction.

Hans Kelsen- An Austrian jurist reiterated, “ The concept of law has no moral connotation whatsoever”. Kelson claimed that the traditional legal philosophies were hopelessly contaminated with political ideology and moralizing. Hence he propounded the idea of ‘pure positive law theory’ which focused on law alone. Kelsen wanted to describe his concept of pure positive law by eliminating any significance of the norms of moral law from positive law. He maintained that legal norms are the product of deliberate human actions opposed to moral law by God.

Fundamental elements of a crime

Criminal law is a body of rules and statutes that defines acts prohibited by the state that may harm the public safety and its welfare. The term criminal law generally refers to substantive laws, which defines crime and prescribes punishment accordingly. However in order to define crime, there are four basic elements which together constitute a crime:

Human Beings- The first element requires that the wrongful act must be committed by a human being. However the term ‘human being’ also includes legal entities such as companies, firms and businesses. Section 11 of the Indian penal Code defines the word ‘every person as a company or association or body of person whether incorporated or not’. It also includes artificial judicial persons. Without the involvement of a human being a crime cannot be committed. However, that does not mean a person has to be directly involved in a crime. Indirect involvement such as being an accomplice also amounts to a crime, and the person shall be punished accordingly.

Mens Rea- The Second most important essential element to a crime is mens rea or evil intent or a guilty mind. No actions can be amounted to a crime until and unless there is an evil mind behind it, with the intention to commit such acts. However establishing the intention of an offender is usually necessary to prove his guilt in a criminal trial. The basic way to prove is that the accused must have been aware of those elements in his acts that constitute a crime. Justice Holmes has famously illustrated the concept of intent by saying, “even a dog knows the difference between being stumbled over and being kicked”.

Actus Rea- The Third essential element of a crime is actus reus, which means that some overt act or illegal omission must have taken place in pursuance of the guilty intention. Actus Reus simply means the physical manifestation of mens rea. For example- A burglar breaking into a house and stealing money is a physical act of committing a crime followed by a malicious intent. However, in order to satisfy this element the act must be voluntarily done and in a conscious state of mind. Professor Kenny was the first person to use the term actus reus. He defined it as ‘such results of human conduct as the law seeks to prevent’.

Injury- The fourth requirement of a crime is injury to another person or to the society at large. The injury must be illegally caused to any person in body, mind, reputation or property as according to Section 44 of IPC. Without any causation of injury to the person, legal remedies cannot be given since the crime has not been committed. For example- A burglar broke into a house while the owner was sleeping and took nothing. The law cannot provide any legal remedy to the owner as no crime has been committed.

In this article it is evident that philosophy of crime is deep rooted in its meaning, theories and fundamental elements. In modern societies the basic concept of crime has brought about radical changes within the minds of people as to how they view crimes and criminals. Legal interpretation  within the criminal laws such as IPC, CrPc and Evidence Law has also evolved following the extensive research on crime and the needs of the society. Altogether it is very important for a person to be aware and understand  the concept of crime which may help the individual to be open minded and accept changes within the society in which he lives in.