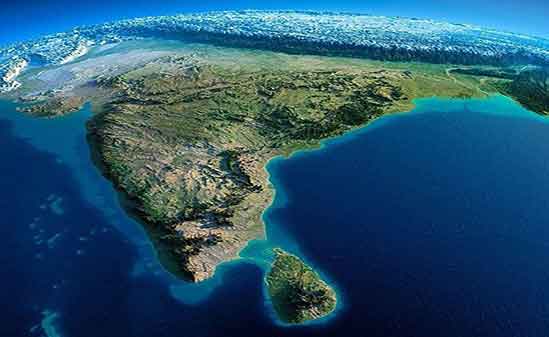 The intra-territorial jurisdiction is covered under section 2 of the Indian Penal Code which deals with offences committed within the territory of India and declares that every person shall be liable to punishment under this code. There are many aspects which come within section 2 of the IPC such as:

The term ‘Indian territory’ has been defined to include land, water and low water territories which include inland water bodies such as rivers, canals, etc., and portions of the seas. These water bodies may extend into the sea as far as 12 miles which means the jurisdiction of India on water is up to a distance of 12 nautical miles measured from the appropriate baseline. This is known as the maritime territory of a state.

In the case of F. Kastya Rama vs State of Maharashtra

Few fishermen of Kopargaon village, lawfully fixed their fishing stakes in the sea within 3 miles from the shores. The fishermen of Barshitakli village got annoyed by their act and they removed all their  fishing stakes. On prosecution the accused pleaded that their act does not come within the purview of the Indian Penal Code.

The Bombay High court held that the act of the fishermen of Barshitakli village were within the purview of the Indian penal code, and particularly the offence would be amounted as ‘mischief’ as per the code, and the place of offence was covered within the Indian territory as it was within three miles from the shore.

High Seas are “res communis” meaning that by the law of nature certain things are common to mankind such as air, running water, the sea, and consequently the shores of the sea which are physically impossible to demarcate. High seas are open to all and represent the entire sea-space beyond the three miles limit of the shore. The expression ‘high seas’ includes all oceans, seas, bays, channels, rivers, creeks and water bodies below the low water mark, where ships can go. The territory of the State also includes its ships and aircrafts whether armed or unarmed, and the private ships on the high seas or in foreign tidal waters and the foreign private ships docked within its ports.

Section 2 of the IPC mentions ‘every person’ which includes citizens, non citizens, and even foreigners visiting India. They all are liable to punishment irrespective of their nation, caste, rank, or sex provided that the offence has been committed within the territory of India.

A foreigner who enters the Indian territories and accepts the protection of Indian laws, gives an assurance of his fidelity and obedience to them and submits himself to their operation. A foreign national who is committing a crime in India can be punished no matter whether the alleged offence is an offence in his motherland or not.

A national of Pakistan made certain false representations from Karachi by letters, telegrams, and telephones to the complainant at Bombay on the belief of which the complainant paid a certain amount of money to the agent of the Pakistani national in Bombay. The accused was sent money amounting over rupees five lakh by the complainant, so that rice could be shipped from Karachi to India as per the agreement. But the rice was never supplied. The accused was arrested while he was in England and brought to India through extradition process.

The supreme court held that the Pakistani national was subject to the jurisdiction of the Indian courts for having committed the offence of cheating and as the accused had already surrendered to the authorities of India under the provisions of the Fugitive Offenders Act, 1881 in connection with another case, his conviction was valid under section 420 of the Indian Penal Code.

In this case, a foreigner had committed an unnatural offence on an Indian ship docked at the Saint Katharine Docks. His defense that he was a foreigner and that in his country such an act was not an offence. The court rejected his plea on the grounds that the act was an offence under the Indian Penal Code as it was committed on an Indian ship which comes within the ambit of Indian territory. Therefore a foreigner who is guilty of any offence under this code, shall be punishable under it if he has committed any offence in India, even though the alleged offence is not an offence in his motherland.

It is clear from the case of Assistant Commissioner vs. Velliappa Textiles Ltd, that corporations cannot be indicated or charged for offences such as murder, dacoity, robbery, adultery, bigamy, rape etc. as all these can only be committed by human beings. But a company is liable for criminal acts or omissions of its directors, agents or servants and for the contempt of court on the principles of vicarious liability. Therefore corporations indirectly fall within the ambit of intra as well as extra jurisdiction.

The expression ‘within India’ in section 2 of the IPC points out towards the intra territorial jurisdiction of the Indian Penal Code. This includes the whole and territory of India, the maritime belt of India which presently extends upto 12 nautical miles in the sea, the whole air space over and the area underneath this total area. The maritime belt which is also known as territorial waters is measured from the appropriate baseline.

Exceptions to the intra-territorial jurisdiction

Though section 2 of Indian Penal Code mentions ‘every person’ within India, still there are certain persons exempted from the jurisdiction of criminal courts. These persons are given certain rights and privileges. Same is the position in other countries as well.

Mcfaddon (plaintiff) and another plaintiff had brought suit against the Schooner Exchange (defendant) who were claiming that they had the rightful ownership of the ship and it had been wrongfully seized from them by an individual acting on behalf of France. No one represented the Schooner Exchange, but the United States Government intervened and claimed that the United States was at peace with France and that the ship had become the public property of France and due to bad weather the ship was docked at the Philadelphia, Pennsylvania harbor and still remained there.

Chief Justice Marshall observed, “One sovereign being in no respect amenable to another; and being bound by obligations of the highest character not to degrade the dignity of his nation, by placing himself or its sovereign rights within the jurisdiction of another, can be supposed to enter a foreign territory only under an express license, or in the confidence that the immunities belonging to his independent sovereign station, though not expressly stipulated, are reserved by implication, and will be extended to him.”

Jurisdiction with respect to the judicial authority refers to the authority of the courts with respect to hearing the cases, appeals and other legal proceedings. It ensures that the courts hear only those matters that fall within its territorial and pecuniary limits, and not the ones lying beyond it.

The concept of Intra-territorial jurisdiction under the Indian Penal Code helps to clearly envisage the extents of the application of the law. Being the century old concepts, they somewhere do not find application over the rapidly expanding technologies including the concept of cyberspace; therefore, provisions exercising jurisdiction over them are required to be made so as to keep up with the comprehensive character of the code.